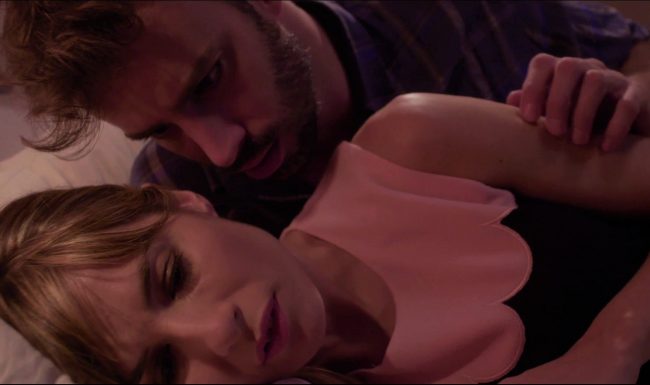 Marisa in the Woods

A crowd-funded film from debutant director Antonio Morales, Marisa in the Woods follows the title character as she struggles to deal with the pressures of modern life, the frustration of her chosen profession and a recent tragic event which rocks her world. Despite such an ostensibly heavy description, it’s an offbeat, upbeat film about muddling along even when the going gets tough.

With a budget of a mere €25,000 (€28,000 post-production) and only two weeks in which to wrap up filming, Morales has outmanoeuvred his limitations admirably. The final product does not feel rushed and both looks and sounds incredibly professional, with all of the actors acquitting themselves admirably. In particular Patricia Jordá in the title role gives a standout performance, imbuing her Marisa with just the right amount of off-kilter quirk.

Morales also delved into the underground, independent music scene to source his soundtrack, thus again working well within the budgetary restrictions placed upon him. His reward for doing so is freedom of another kind – creative freedom. With no major investors to answer to, Morales has been given a blank cheque to let his imagination run wild, and it is reflected in a storyline that veers unpredictably all over the place (a la Pedro Almodóvar), largely to delightful effect.

As mentioned above, it’s an optimistic, somewhat trivial film on the whole. As a result, the turning point of the story comes as even more of a shock to the viewer, but as with films by directors such as Wes Anderson or Taika Waititi, the gravity of the situation is acknowledged but not dwelt upon. Life goes on, Marisa goes with it and the audience comes tumbling after. Comic handling of such tragedies – without trivialising them – is a real skill and Morales hits his mark perfectly.

At times, the writing does seem a little clumsy (for example, the plot device which leads Marisa to her eponymous woods is wobbly, at best), which is a little odd, since the script is presumably the only part of the film that wasn’t subject to severe temporal limits. Nonetheless, it’s a lovely, life-affirming gem of a film with a heartfelt, heart-warming end to delight indie audiences all over the world.