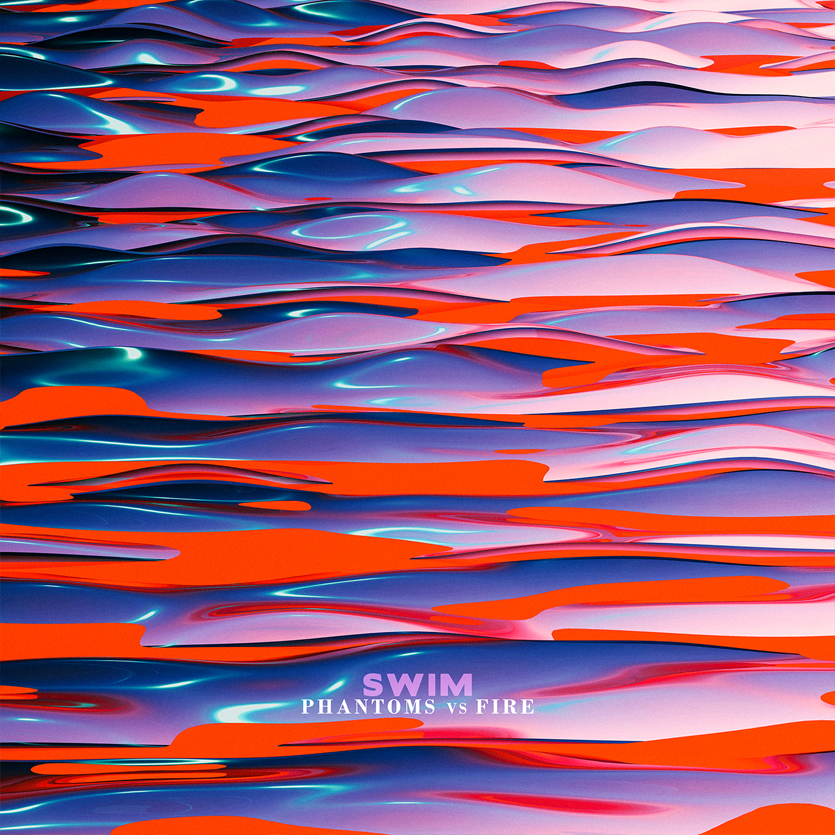 Thiago C. Desant confidently mixes the expected with the unexpected.

Press play on Phantom vs Fire’s latest, launching yourself softly into Breathing, and you’ll no doubt have some idea where Swim is headed if you’re at all familiar with the Erased Tapes-alikes of late. But don’t doze off on your beanbag just yet, because where the ear instinctively places earnest piano phrases and the synthesized sounds of chirping birds on windy Oregon coasts, you’ll hear a most unexpected sound all a-flutter.

There’s strings, yes, but they’re far from what you might find on a Peter Broderick cut; Phantoms vs Fire warp and stretch bilious strings much like Scott Walker at his most quietly depraved, and thankfully it’s the difference between the soundtrack for guided meditation and something altogether less utilitarian.

Project helmsman Thiago C. Desant claims that in his own mind Swim presents a narrative about a couple who journey cross-country escaping the trappings of domesticity, who eventually inexplicably witness the rise of Lovecraftian “ancient ones” from the neon-lit pool of a motel. Whatever the story, Swim revisits tonal qualities and similar motifs time and again, regardless of the presence of woodblock cracks on Cinematik and The Beach House, warped synthesizers or the upbeat electronica of Atlantic and Starfish, making all of Swim feel, at least, like the soundtrack to a non-existent Odyssey movie. While the guy loves the forward-motion of a piano phrase, thankfully there’s enough grit and, weirdly, classical Hollywood chintz to stave off any cod-Philip Glass accusations. And to keep the sleepiest of listeners awake.

Sadly, all that could easily describe a Tycho or a Caribou (who also released an album called Swim in 2010), and for all Phantoms vs Fire’s poise and gumption, Swim comes off as, if not exactly a pale comparison, then certainly a bit of a humourless one.