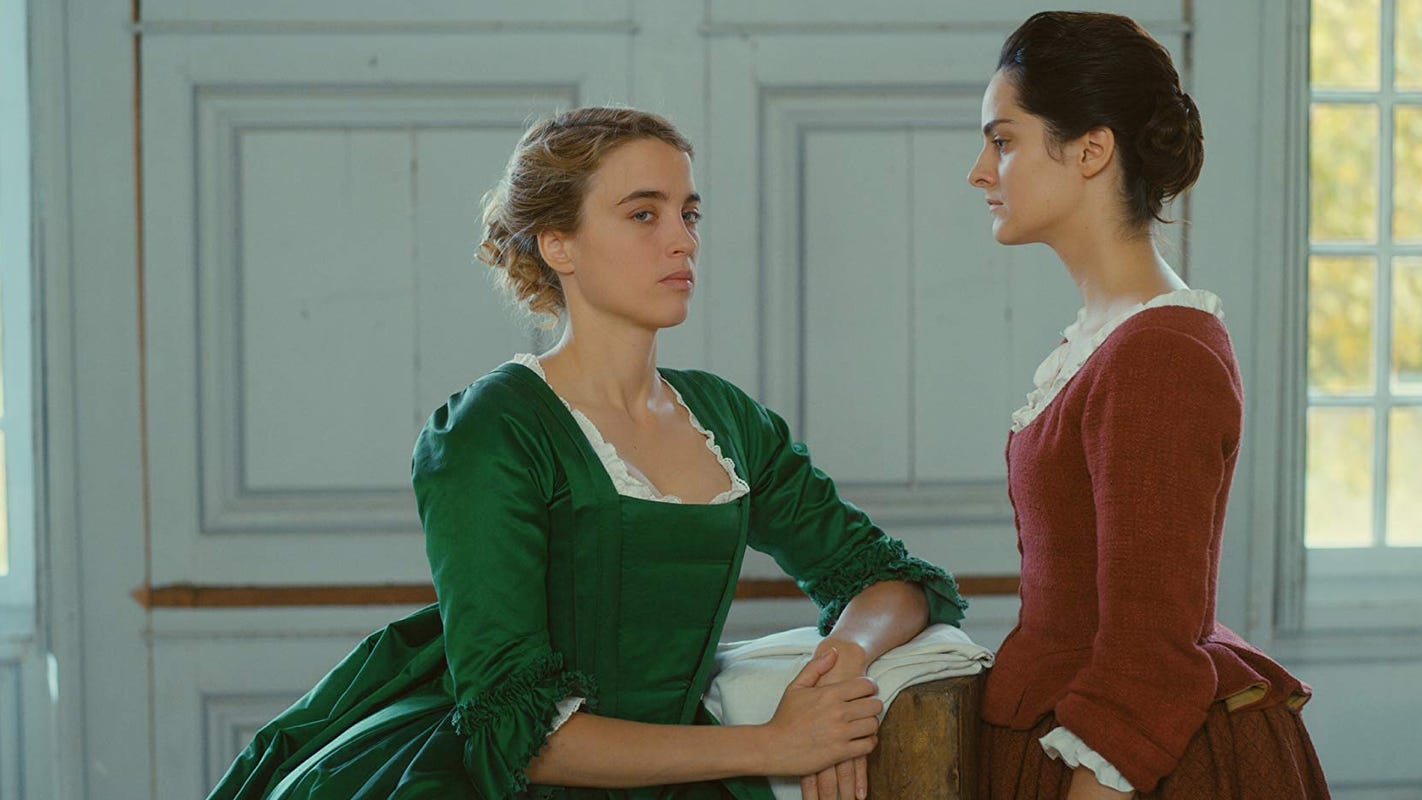 Portrait of a Lady on Fire

French actress Adèle Haenel made headlines this week by walking out of the César Awards in protest after Roman Polanski won Best Director. As a prominent spokesperson for the Me Too movement, this is not the first time Haenel has made public statements regarding what she considers to be unacceptable levels of tolerance shown to sex offenders in France’s film industry. She and frequent collaborator, director Céline Sciamma, have devoted much of their careers to addressing sexism and homophobia in French cinema, and this objective is potently manifest in their most recent work, Portrait of a Lady on Fire.

Set in the late 18th century in Brittany, Portrait of a Lady on Fire explores the forbidden love between Héloïse (Haenel), the daughter of a countess, and Marianne (Noémie Merlant), an artist who has been commissioned to paint her wedding portrait. Heloise is unwillingly betrothed to a Milanese nobleman, and resisting having the portrait painted is her primary method of delaying the marriage. Marianne has therefore been instructed to act as Heloise’s companion, and complete the portrait in secret and from memory. The complexity of this dynamic as their relationship develops is reflected in Marianne’s painting, and the film becomes a nuanced musing on perception, objectification and projection. A central paradox is that, although the existence of Marianne’s portrait leads to the end of their affair, art itself becomes a means of preserving their memories and immortalising their bond. The result is a film that feels less like a tragic story of doomed romance, and more like a celebration of true love.

“Equality is a pleasant feeling,” says Héloïse during a discussion with Marianne about her convent days. Certainly, the film does some magnificent work in undermining and obstructing the Male Gaze that Sciamma sees as oppressively dominant in French cinema. Intimacy and a palpable mood of sexual frisson are conveyed without any sense of objectification. Women’s bodies are shown with frankness but not gratuitousness, and a sub-plot involving a servant girl’s unwanted pregnancy is an effective way of reflecting on historical patriarchal oppression related to female biology.

The grandness of scope of the film’s ideas is reflected in the sumptuous elegance of the cinematography. With a colour palette reminiscent of the Dutch Golden Age painters, the film seems to contain clever visual references to the work of Rachel Ruysch. This allusion is a particularly inspired and fitting element. For one thing, Ruysh overcame the obstacles of being a woman in a male-dominated sphere and, in her lifetime, was more celebrated and financially rewarded for her paintings than Rembrandt. Additionally, Ruysch’s work – particularly her paintings of flowers – were, like Portrait of a Lady on Fire, concerned with capturing transient life and beauty, thus rendering it everlasting.