These stated intentions seem better suited to their first album Eternal Delight, making Perfumed Earth its prosaic sequel. Despite proclaiming experimental intentions to capture the ‘nexus of paradise and isolation, beauty and blankness, ritual and the right now’ there are very few moments in this album that arrest your attention as a listener. With warm, harmonic and predictable melodies, each track washes over you, offering interesting allusions to folk songs, surf rock and lots of otherworldly synth – but no one element is developed much before it slips back into the musical haze that seems to envelop the album.

Take Ancestors Watching and Tragic Gloss as two examples. Ancestors Watching plods along, punctuated by highly a repetitive, lilting chorus. Tragic Gloss is calming, slow and sunny sounding but altogether tragically uninteresting. There’s nothing necessarily wrong with these tracks, they just seem like they’re shying away from any meaningful experimentation.

This deficit is particularly obvious when comparing these tracks to Forever from their previous album, which uses folk themes and synth more effectively and plays with irregular, surprising rhythms. The same could be said about Thru Evry Cell and False Friend (Pythia). Both just hit harder than anything on Perfumed Earth. These earlier songs don’t lull you to sleep because their ethereal voices seem to have much more to say.

Having said this doesn’t mean that Perfumed Earth was wholly interesting.

Delphiniums in Harmony layers warm, expansive synth and a reedy saxophone that squeals and grows more expressive as the song gradually accumulates layers of sounds. Instead of being indistinguishable and hazy, this track manages individual clarity in each of its components and feels contemplative rather than passive or muddled.

Their single Two Worlds Apart uses pop-rock drumming and a twangy guitar and Ruinous Splendor is considerably more dissonant and brooding. Love in Lunacy features a good bassline and successfully mingles synth and technological sounds with the sisters’ vocals.

There is range in Perfumed Earth, but overall it is decidedly underdeveloped and falls short on its experimental promises. 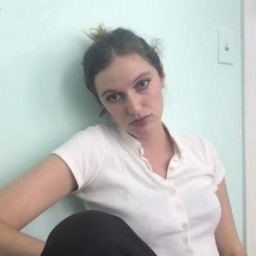