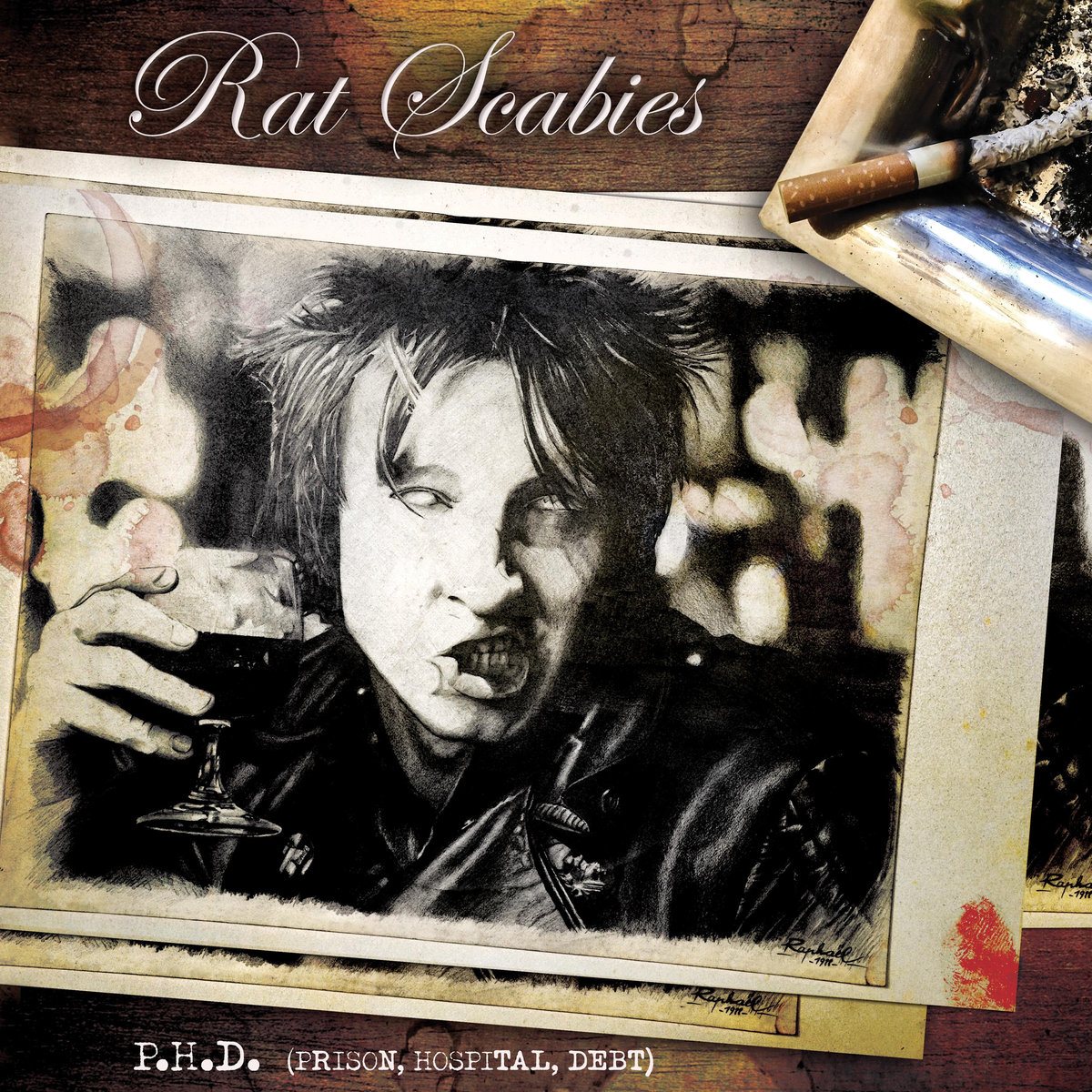 Drummer/Founder of The Damned unleashes a curious, chaotic solo debut upon the world

For his debut solo album Christopher Millar, better known as Rat Scabies, and best known as the drummer and co-founder of legendary punk band The Damned, brings us P.H.D (Prison. Hospital. Debt). Following hot on the tail of Evil Spirits, The Damned’s own latest studio offering, this album has a sound all of its own that’s sure to keep listeners on their toes, both figuratively and literally.

On listening to P.H.D. in its entirety, the overall first impression is one of controlled chaos. Through this record, Scabies delivers an expansive element of experimentation with tones and genres. The opening track, Chew On You, kicks off as you might expect, with aggressive drums and guitar notes making the listener sit up and pay attention. The song also carries an unpolished, raw quality that fans of The Damned will no doubt appreciate.

The following track, an instrumental number titled My Wrists Hurt, packs a punky punch too, with fast and furious rhythms. Somehow, though, it manages to pave the way for a massive tonal shift into a jazzy cover of Louis Prima’s Sing, Sing, Sing. Another instrumental piece, heavily emphasising percussion with prominent drums and piano, this risks being a jarring transition from the previous songs, but Scabies manages to carry it off.

From here, P.H.D. continues gradually winding down from its energetic intro, careering from the orchestral melodies and growling, jaded lyrics of Rat’s Opus, to the otherworldly, sci-fi ambience of Floating, to the almost country and western-style Benni’s Song. While proving an intriguing melange of musical ideas, the transitions between the varying tracks aren’t entirely seamless. Consequently, P.H.D. ends up sounding as though Scabies, unsure of what central theme to settle on, has thrown everything he’s got together, hoping that listeners will find some avant-garde charm in the resulting audio mish-mash.

Love it, hate it, or just don’t know what to make of it? In any case, we can all agree that with P.H.D., Rat Scabies has created something unique, and any future works will be curiously anticipated.