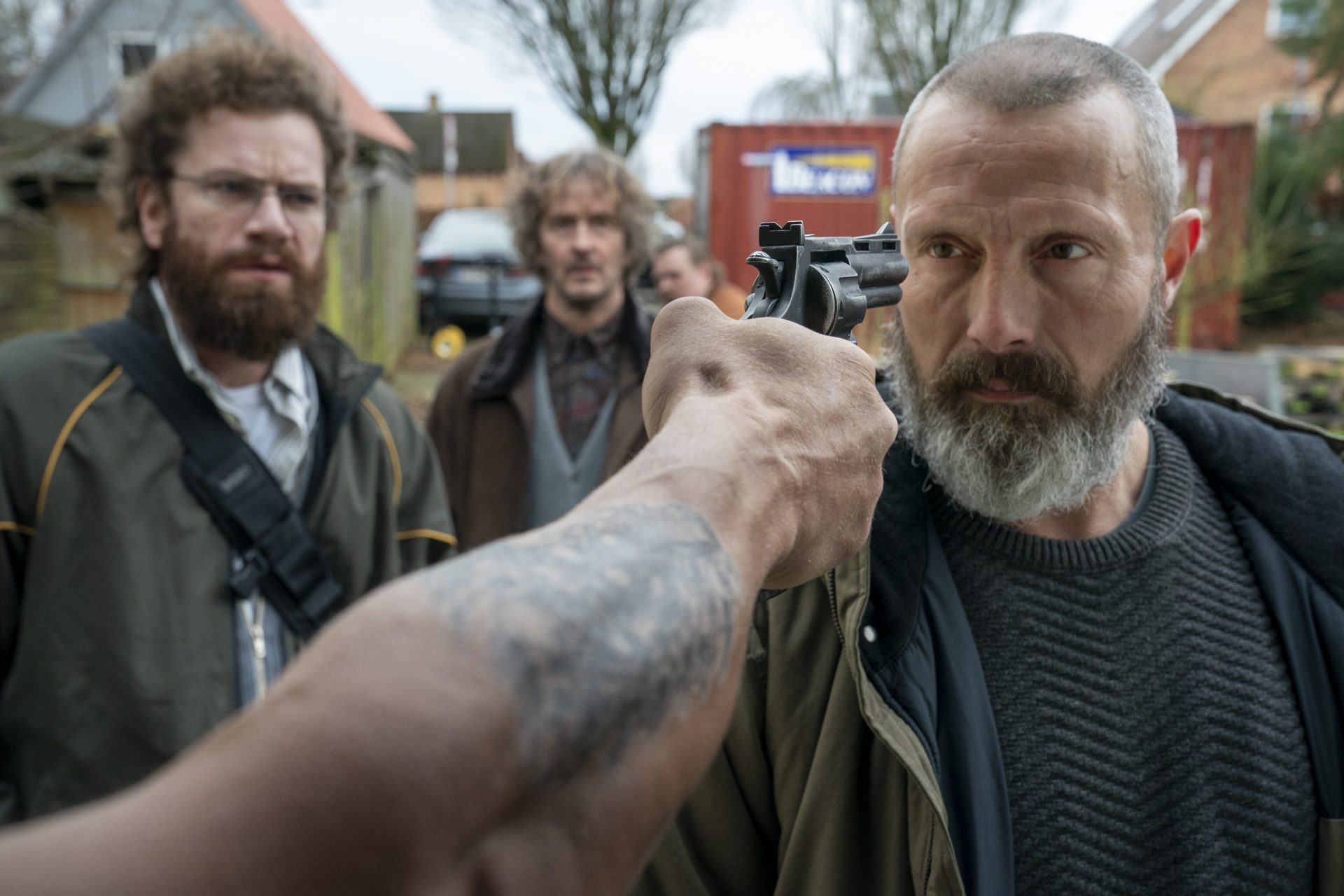 Depending on the promotional material you read or the internet description you happen upon, Riders of Justice may be a billed as a comedy, an action flick or a thriller – or perhaps all three. While that does sound like an unlikely combination that could potentially be very tricky to pull off on paper, Anders Thomas Jensen’s chameleon of a film doesn’t disappoint.

The story centres on Markus, a stony-faced army man who misses yet another of his daughter Mathilde’s birthdays due to military commitments. Both Mathilde and her mother Emma are so despondent after the no-show that they decide to treat themselves to a day in the city, taking the train due to a problem with the family car. Unfortunately for them, that unique set of circumstances leads them onto the second carriage of a locomotive which is destroyed in a tragic crash, killing Emma in the process. But when one of the other passengers comes to Markus with suspicions that the incident was not an accident, Markus embarks on a bloody and brutal crusade for revenge.

Mads Mikkelsen is characteristically excellent as the unhinged Markus, with his inscrutable exterior only barely concealing a bubbling undercurrent of rage and pain. That intensity is offset by his three sidekicks Otto, Lennart and Emmenthaler. The childish squabbling between the latter pair is particularly effective in lightening what could be a uniformly gloomy mood, with Lars Brygmann and Nicolas Bro’s inept use of obscenities and petty back-and-forth producing some of the loudest laughs in the whole piece.

At the same time, the film reaches for more weighty ground through its exploration of themes such as loss, grief, childhood trauma, sexual abuse and violence as a venting mechanism. For the most part, the juxtaposition of such delicate themes alongside almost slapstick humour is managed adroitly, with only one scene in the middle of the picture cutting its comedy too close to a sombre bone. It’s a rare misstep in a film which largely manages its challenging balance act of gravitas and guffawing, however, and comprises a minor quibble with the script.

Not that anyone going into the film should expect to come out of it with a profound new understanding of how the human psyche works; it’s dalliances with the heavier material are skin deep, for the most part. The same goes for its tentative moves to explore chaos theory and the sense of hopelessness that it can engender. However, the film is certainly richer for the inclusion of those themes and, with a particularly effective plot twist in act three, elevates itself above the realm of mere disposable comedy fodder.

It’s a shame that unpredictability isn’t sustained in the final resolution of the film, with a conclusion that’s perhaps a little too trite given what has preceded it. Nonetheless, it’s a very enjoyable revenge thriller that dips it toes into puerile humour with only slightly more aptitude than it does with existentialist musings and amateur psychology.