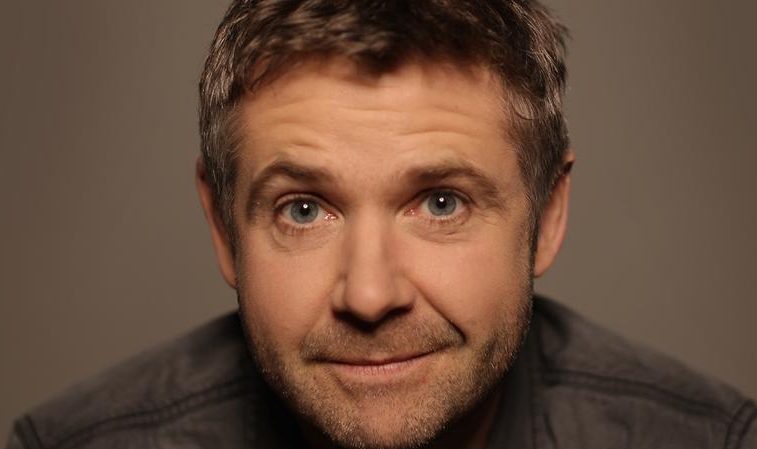 Rob Rouse
Are You Sitting Comfortably?

"As funny as a prostate exam" now means something different

Rob Rouse has only done a ten day run with this and The Ladder, the play he’s written with his wife, Helen Rutter. If you had to hazard a guess why the visit’s so short, you’d say this trip is in lieu of the family’s summer holiday. They probably need to get back for the kids’ swimming classes or because they’re having the house re-rendered or because they don’t like leaving the dog at the kennels so long.

That’s the image he’s projecting here. It’s a Very British Problems-y trawl of middle aged, middle class matters, nothing revolutionary, but told with oodles of northern charm and a lot of verve. Rouse is a masterful, fluid performer, and you never fear him dropping the ball. It’s no easy room to play either, La Belle Angele, a cavern with a gig-style crush barrier. There’s a football field of a stage which he makes full use of, and a gulf between him and the crowd physically, which he easily bridges comedically.

The nub and climax (in more ways than one) of the routine is an uncomfortably close-to-home proctological examination he recently underwent. And as he works his nimble storytelling fingers past our pliant comedy sphincters, he paints a portrait of family life that involves “dangle weeing” his young daughter by the side of the road, a socially awkward dog poo incident at a sheepdog trials, and his wife’s perfect lasagne. Middle-of-the-road topics, maybe, but delightfully done. He even manages to turn his dog story into a double-sided Brexit analogy, a smart extra layer, which deserves more of a reaction than it does (possibly a connoisseur’s move hitting a mainstream crowd).

The final push is consummately acted out with the same energy and physicality he’s shown throughout, Rouse contorting himself on a narrow stool to vividly re-enact the moments where something unwanted ventured where the sun doesn’t shine. The slightly graphic physical humour adds the edge, the storytelling craft adds the dynamics to material grounded in the everyday. It’s not ripping comedy a new one, but it’s very good reason to wonder why we don’t see the Upstart Crow actor on TV more often.