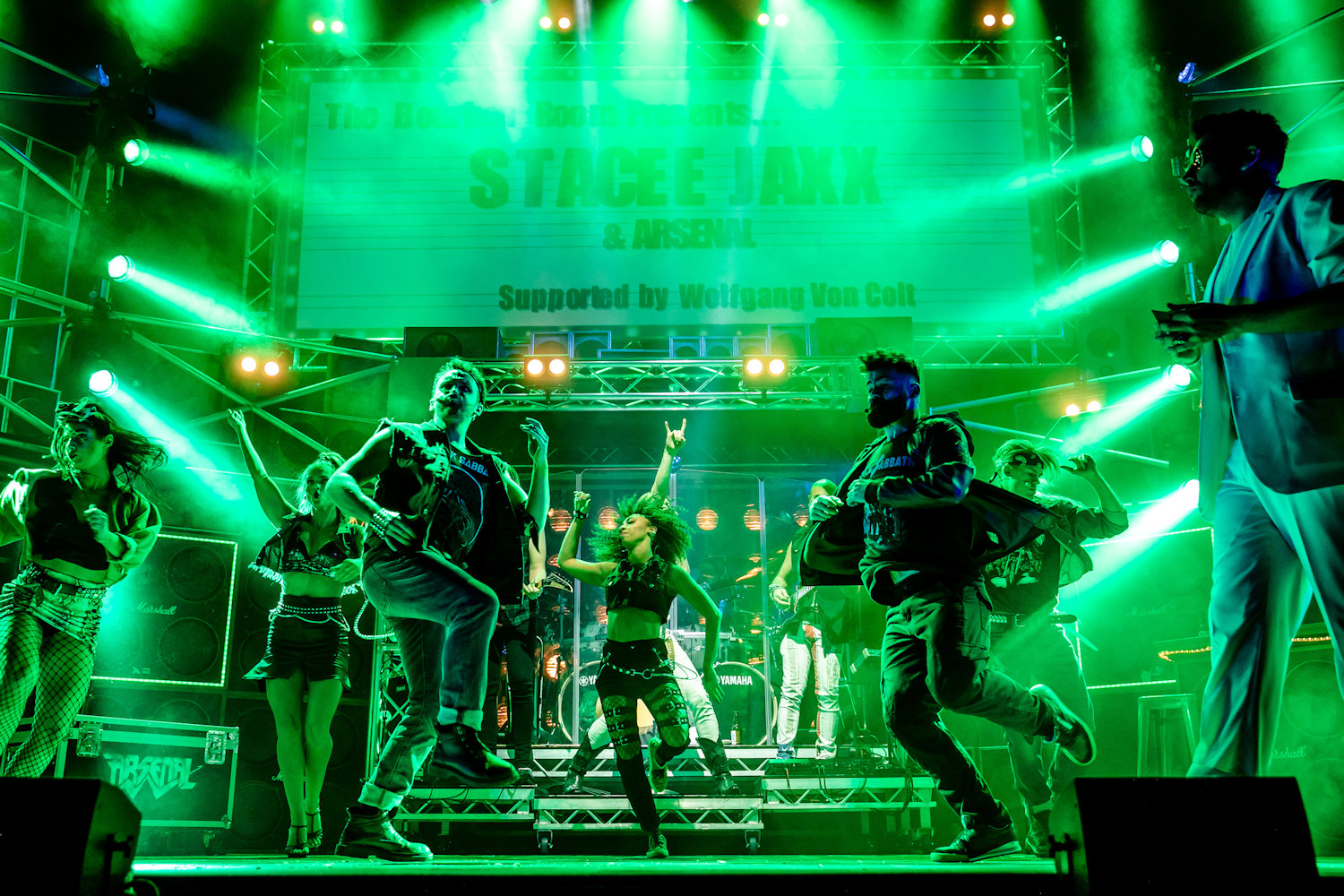 If you haven’t stopped believin’, this is the show for you.

Fantastic turns by the cast

As long as there are bars and nightclubs playing Journey, glam rock will always hold a special place in our hearts. A jukebox musical containing such classics as “Dead or Alive”, “Hit Me with Your Best Shot” and “The Final Countdown”, Rock of Ages is touring the country with Strictly star Kevin Clifton among its cast. The story sees two young wannabes Drew and Sherrie (Luke Walsh and Jodie Steele) fall for each other, while bar owners Lonny and Dennis (Lucas Rush and Kevin Kennedy) fight to keep their bar on Sunset Strip from being demolished.

The whole affair starts with a countdown that makes way for a dazzling entrance from its cast and the live band performing in the background. Rush, who also narrates, swaggers in with a cheeky, almost camp, majesty, and introduces us to the era – “a sexier time”, he muses – while admiring the behind of a skimpily clad lady as she cycles by. The tone never takes itself that seriously, and it sometimes plays like a fully choreographed tribute concert with a story added on. The show’s attitude towards women is questionable (as is that of their German antagonists, whose walking is just a little too robotic for comfort), and the sexier time often equals simpler time in how characters are represented.

Even so, there are some fantastic turns by the cast as well. Clifton plays Stacee Jaxx, a sleazy Axl Rose figure who embodies all the rock star qualities we love to hate. Walsh and Steele have marvellous chemistry, and Rhiannon Chesterman (who plays a hippy activist defending rock and roll from being destroyed by a money-hungry mayor) demonstrates her gorgeous voice as soon as she drops her (otherwise very convincing) whine.