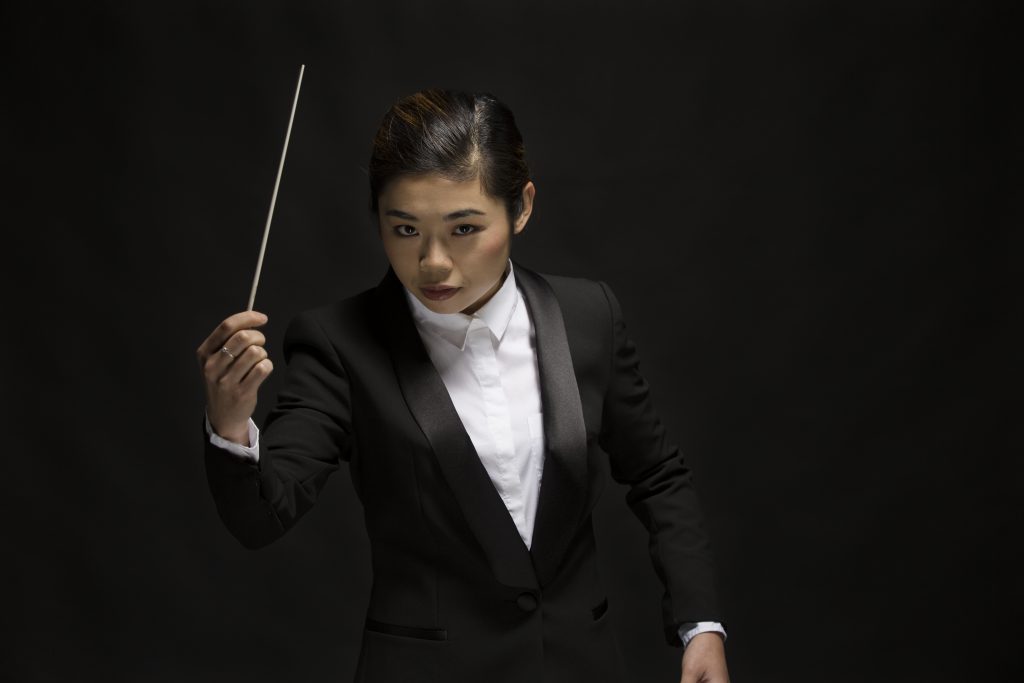 Of course, it is the day after Valentine’s Day, but the RSNO, under the baton of principal guest conductor Elim Chan, have put together a romantic evening for, well, us not-so-young lovers at the Usher Hall. The programme comprises two musical interpretations of Shakespeare’s love story Romeo and Juliet by Tchaikovsky and Prokofiev, bookending the great romantic second piano concerto of Rachmaninov, which of course was used in the great romantic film Brief Encounter.

The opening work is the Romeo and Juliet Fantasy Overture by Tchaikovsky. Originally, he intended to write an opera, but it never happened so he turned the music into this extended overture. It depicts the three main characters: Friar Laurence with some pious music; some very lively music depicting the battle between the Montagues and the Capulet’s; and the love theme of Romeo and Juliet, ending with a death theme. It is lively, colourful and loud: a great opening work.

The concert continues with one of the great romantic piano concertos, Rachmaninov’s Number 2. This is played by the young star Czech pianist Lukáš Vondráček, who has been making a name for himself since winning the Queen Elisabeth Competition in 2016. He certainly shows he is in charge of the piano this evening, attacking at times with great vigour, then later playing with great delicacy. Rachmaninov was apparently in love with a woman of gypsy heritage at the time, hence the somewhat flowery gypsy style melodies that distinguish it. Whether he succeeded with his gypsy lady or not, it certainly made his career, as it was wildly received. Vondráček gets a great reception from the big Usher Hall audience, and he gives us a nice little encore.

The concert concludes after the interval with a selection of Prokofiev’s great ballet music for Romeo and Juliet. Interestingly, this was written at the height of Stalinism in the 1930s Soviet Union when Shakespeare was very popular, although it was occasionally altered to fit the party line! Indeed, the first version of Prokofiev’s ballet had Romeo and Juliet reviving from death and getting up and dancing a final pas de deux: clearly a cheerful ending for the people! Fortunately, by the time it was finally produced in Leningrad, the tragic ending was reinstated!

The music is wonderful, vivid, colourful and very loud. The RSNO drummer is having a really enjoyable evening, but the whole orchestra are really throwing themselves into the work, under the energetic baton of Chan. The selection begins with The Montagues and The Capulets, in which the feuding families are violently depicted, and goes on to much gentler music introducing Juliet, continuing on to the death of Juliet and Romeo, with the tragic music gradually expiring as the star crossed lovers die. It is one of the great ballet scores, and certainly deserves to be heard without the ballet.

So that was our Russian Valentine’s night music. It may have not been completely successful—there was, perhaps, too much Romeo and Juliet—and although music can convey moods, words can be more explicit, and thus a little love song or two may well have lifted the programme!