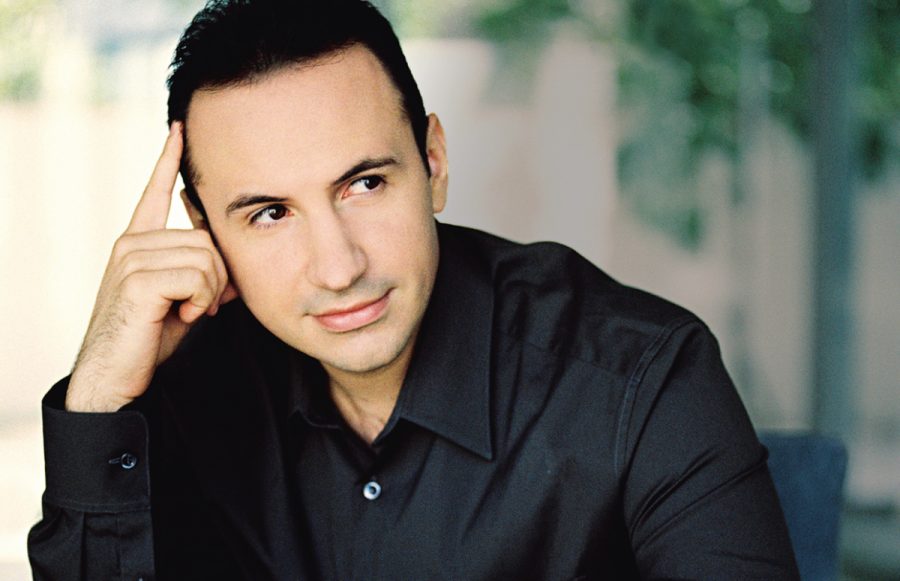 A thoroughly great programme in all respects.

Now, this is real corker of a programme; it ticks all the boxes in terms of appeal and musical content. We start with a rip-roaring account of Smetana’s Overture to his opera The Bartered Bride, premièred in 1866 in Prague, and one of his most notable compositions. After Bohemia was granted political autonomy, Smetana set about forging a truly Bohemian musical style, using the melodies and rhythms of his native folk music.

The opera was an instant hit, and tells of a peasant girl, Mařenka, and her amorous affairs. It is a comic opera, and this is shown in the vivacious overture. Rather like Mozart, Smetana doesn’t necessarily use tunes from the opera itself: the overture is more of a scene-setter. The chattering of the strings suggest village gossip, and then there is a dance: it is sparkling and good fun.

Rachmaninov fled Russia for the USA in the wake of the Bolshevik revolution in 1917, concentrating on his work as a concert pianist, but he found time to write in the summer at his villa near Lake Lucerne, and in seven weeks in 1934 composed arguably his most famous work, the Rhapsody on a Theme of Paganini, based around the last of Paganini’s 24 Caprices for solo violin. Also entwined into his variations is the Dies Irae theme, a much used feature of his later works.

It it the work of highest genius, and requires exceptional technique to navigate all the composer’s deft finger work. And of course, there the famous 18th variation: the emotional core of the work. The hugely talented Simon Trpčeski delivers on all fronts, with a super-sounding RSNO conducted by Cornelius Meister. A lovely touch are the two encores. Firstly, one of Brahms’ Hungarian Dances, in which soloist and conductor play piano duet; then the slow movement of Rachmaninov’s cello sonata, played by the RSNO principal cellist, with Trpčeski accompanying.

The second half of tonight’s programme is given over to one of Tchaikovsky’s greatest symphonies: the fourth in F minor. It was composed after his disastrous nine-week marriage, but coincided with his long relationship with the wealthy benefactor Nadezhda von Meck, who funded him for 13 years, allowing him to compose rather than teach. The only stipulation was that they were never to meet. The fourth symphony is dedicated to her.

Tchaikovsky was, in his own words, ‘down in the dumps’. An ominous brass fanfare opens the first movement, which bodes horror—everything is restless, churning and in turmoil. The second movement is equally melancholy and is bittersweet. A reasonably joyful scherzo follows, with all the strings playing pizzicato throughout—this is done to perfection in tonight’s performance and there is also stellar playing from the RSNO winds. The last movement is more hopeful, quoting Russian folk tunes, but the ‘fate’ motif from the first movement rears its ugly head once more, although dashed aside by a more positive conclusion.

A thoroughly great programme in all respects. It is good to see the RSNO using younger guest conductors when their Principal one is away. It makes for all kinds of music-making, which is no bad thing.