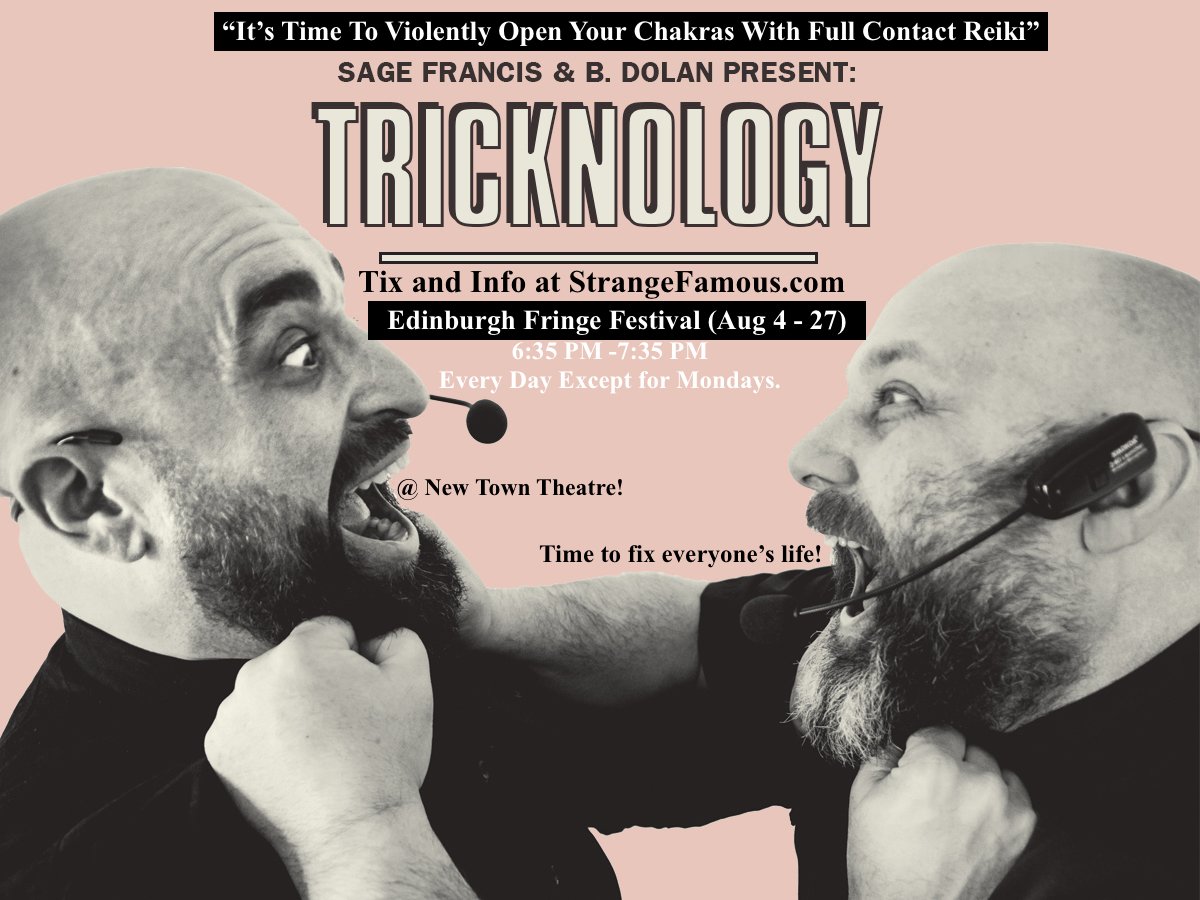 Sage Francis and B.Dolan have a few tricks up their sleeves!

In 2016 slam poets Sage Francis and B.Dolan came to the Edinburgh Fringe as a duo to present their poetry and music. They clearly had a great time and they have returned in 2017 with a brand new show called Tricknology. This year they are performing in the Lower Hall at the New Town Theatre on George Street and there are a lot more surprises on offer when compared to last year’s brilliant performance.

Tricknology begins with a burst of energy as B.Dolan stands behind a laptop playing some tunes and Sage Francis darts around the stage with a mic in his hand. Tricknology is a show about trickery and the enthusiastic performers are not exactly taking themselves seriously. Small trampolines are set up either side of the stage and the pair jump up on down on them while The Power of Love by Huey Lewis and the News plays over the P.A. The show is a mix of tricks, audience interaction, poetry, hip hop and fun. Sage Francis and B.Dolan are intent on enjoying themselves and they taking the audience along for the ride.

The show works best when the performers leave the audience interaction and comedy behind and concentrate on the poetry and rhymes. B.Dolan performs “his last ever slam poem” and it is the absolute highlight of the show. At times the audience interaction and bizarre humour feels a bit too much, especially when the audience is told how to take the worlds best selfie. Sage Francis & B.Dolan Present: Tricknology could possibly be the best hour of spoken word on the Fringe, but it would have been nice to have heard more poetry. However, the show is surely one of the most bizarre and crazy experiences at the festival this year and hopefully Sage Francis and B.Dolan will return again in 2018 to present more spoken word in their own unique and distinct style.