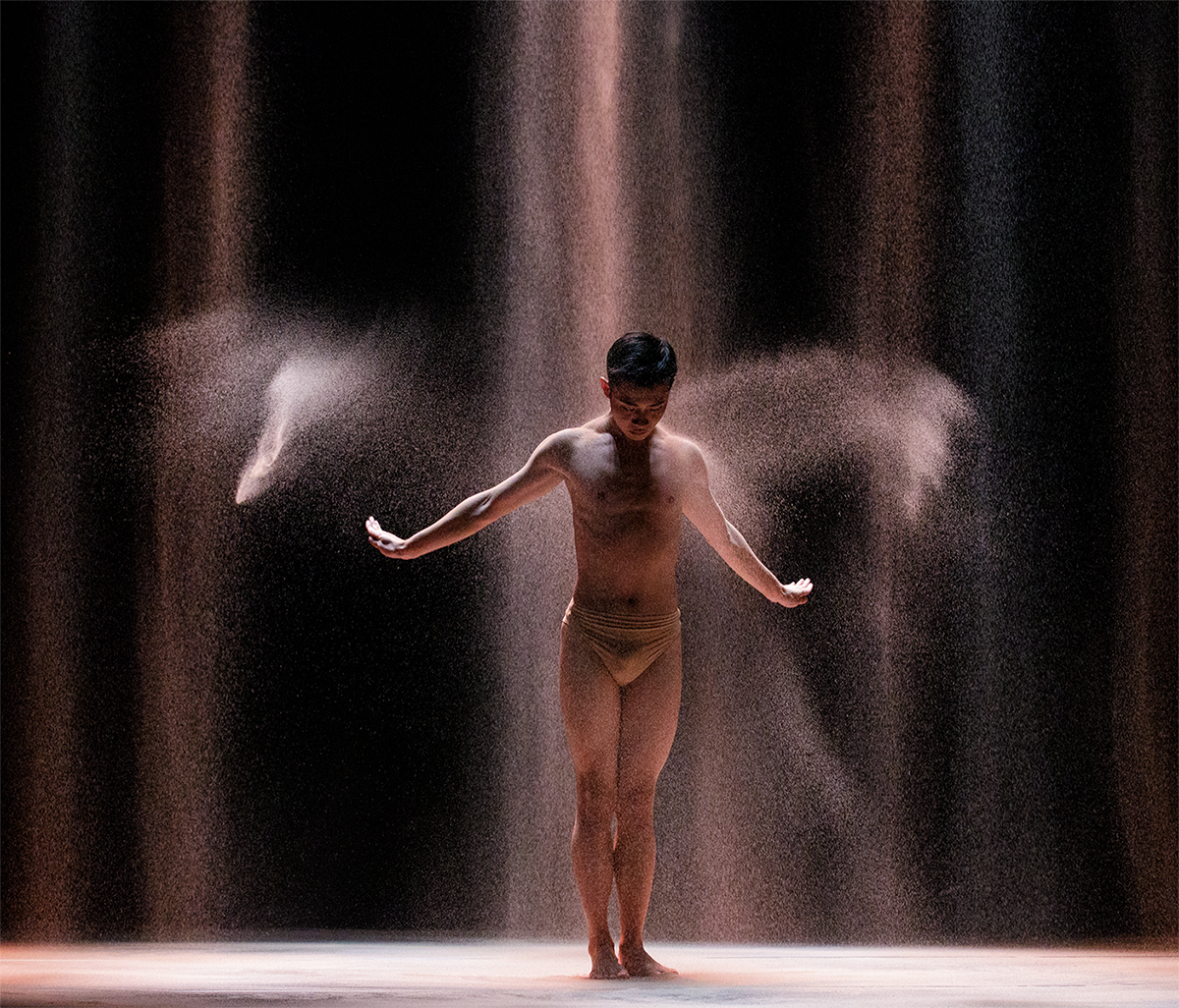 The fierce tenderness in which Hu Shenyuan glides his digits over Aakash Odedra’s form, commanding yet yielding to touch and pressure, is hypnotic. It may take a moment of realisation to snap back into reality and realise the performance is underway, certainly more time than the near-instantaneous recognition of superb performance and tangible connection accomplished by two dancers in their contemporary duet – Samsara.

Drawing inspiration from Journey to the West and the terminology for the root of ‘samsara’ as a cycle of rebirth, choreographers Hu and Oderdra manifest a visually striking piece which extends beyond its billing as a dance piece, bursting with music, sculpture and lighting. There’s as much of a performance in the background as there is in foreground with  movements coalescing to conjure a simplistically clean yet compelling production.

Merging Chinese folk dance with the classical North Indian dance form of Kathak, there’s a collision of sorts where mythos storytelling collides with diverse and global perspectives. Over this ritualistic hour, Samsara’s depth of movement and visual artistry explores the notion of surrendering attachment to allow a cleaner sense of dawn to pave the way for the truth of peace. Remarkably, Hu and Odedra’s choreography backs their claim to find a balance of their respective cultural dances, with the seamless incorporation of one another’s movements becoming more akin to breathing; a fluid motion of pulsating dance, as their respective movements aid and begin to incorporate the other.

Yaron Abulafia’s lighting and shadow manipulation evoke a continuing sense of movement, even in the harsh contrasts of light and darkness. The sensory nature of it all feels ancient and influential. Nicki Wells’ composition is a mingling flitter between trance-like and sharp awakenings, adding an additional level of appreciation for everything surrounding the action onstage. In tandem, the live vocals and instrumental performances from Wells, Beibei Wang, and Michael Ormiston embody the continuing sense of natural flow.

As the grains of sand cascade around them, Odedra and Hu begin to synchronise to additional levels, almost inhabiting one another’s movements. As the space onstage decreases with the inclusion of child-like structural pieces, the closeness the pair are pushed into ramps the pacing towards a climax, but without removing the weight or technique as Odedra’s more stern and impactful movements embrace the pliability of Hu’s. Where the mountain will not yield to the wind, the pair’s storytelling through choreography is as dynamic and tentative as possible as Samsara morphs into a piece of unparalleled beauty.