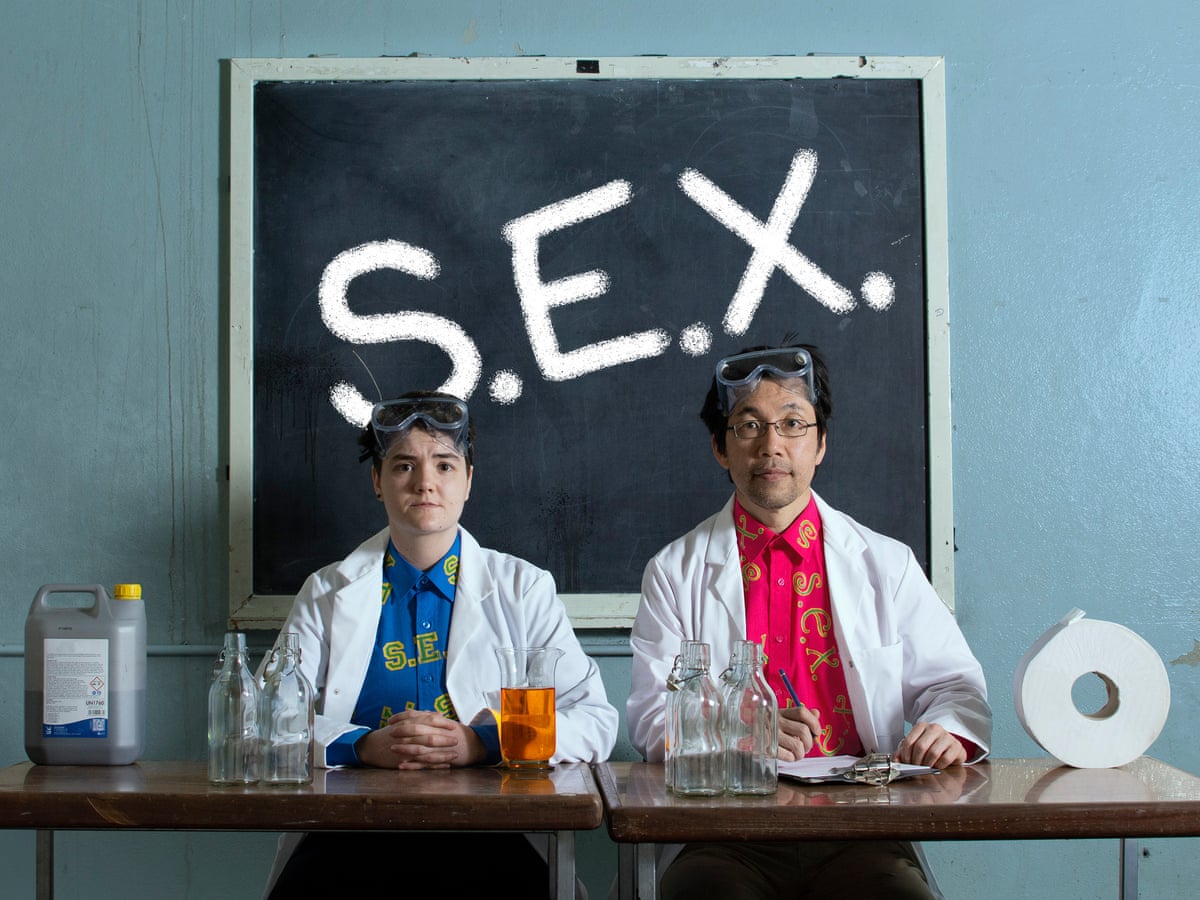 The sheer awkwardness of sex education lends itself well to comedy, and this simple fact is seized upon well by Mamoru Iriguchi and Afton Moran. Sex Education Xplorers (S.E.X.) is the evolutionary, social and historical lesson on sex that your school wouldn’t have dared to give you. A lesson that transgresses ordinary understandings of the subject and manages to have a right laugh while doing so.

S.E.X. presents a brilliantly alternative way of thinking about sex, gender, biology and our place as a species on this planet. Based squarely in science and presented with no inhibitions off the table, the whole performance combines fact with comedy to make for something that is eye-widening for a whole host of reasons. The inclusivity of the science – defining sex in a way that escapes the terms male and female, with real-world examples to boot – is as impressive as the imagination at play bringing it to life (a highlight is when they use their knowledge to poke a hole in the narrative of Finding Nemo). Everything looks homemade and improvised in the best possible way, transitions between props and the digital elements proving to be especially satisfying. It is ridiculously funny.

The onstage pair’s harmonious relationship is later challenged, in a dramatic but not unwelcome shift in tone. Iriguchi and Moran clash over whether the former has really been in the deep end of the fight for LGBT+ rights, and their discussion reflects the broader ethical question of whether looking ahead to tomorrow with anticipation risks leaving behind those who are in need of help today. Far more than being a clever gimmick, S.E.X. has things of significance to say about inequality and science in the contemporary world, cloaked as they are behind titillating layers of wondrous word play and bright blue pubic hair.

Sex Education Xplorers should be celebrated for its inventiveness, charisma and boldness to confront potentially touchy subjects in zany, creative ways. Far more than a comedy show, S.E.X. is a performative and provocative piece of theatre starring two endearing turns from its two stars.