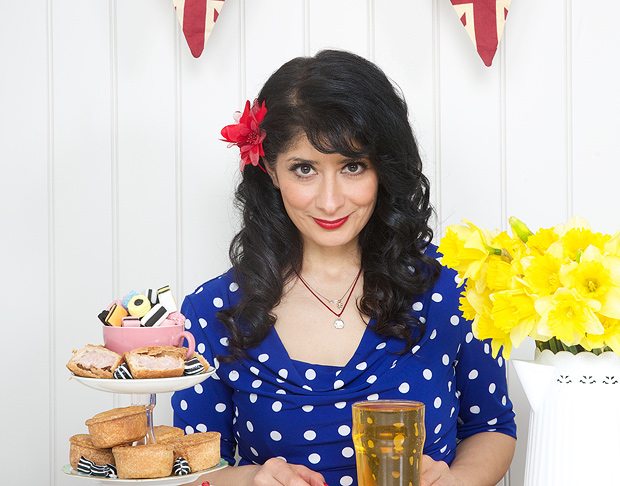 Shappi Khorsandi
Oh My Country! From Morris Dancing to Morrissey

Pertinent material from this strong comic, but fewer laughs than some of her previous shows

Shappi Khorsandi knows how to work an audience. With a slow burn – rather than jet-propelled – trajectory to her career, she’s both a dependable and solid favourite at the Fringe as well as a fairly regular face on TV.

There’s a distinctly theatrical style to her comedic delivery: most of her set stays on script, only occasionally straying to share a few words of comfortable banter with members of the front row. Her facial expressions are animated, as are the many characters we meet during the course of her set (the exaggerated description of the polar opposite personalities of her two young children is particularly charming and entertaining). Shappi’s style wouldn’t suit everyone;  it’s almost twee and there’s a definite sense that she’s performing, but with her warmth and girl-next-door quality, it works. As she frankly shares with us some of her red wine induced, jealous – yet witty – outbursts of which her boyfriend is recipient, she’s relatable, honest and feisty.

Oh My Country! From Morris Dancing to Morrissey is a love letter to her adopted land and for those familiar with Khorsandi’s excellent book A Beginner’s Guide To Acting English, much of the tone and content of the material will be familiar. In the current post-referendum climate though, her experiential stories of prejudice and face-to-face racism are particularly pertinent and appropriate to the political and cultural landscape following the recent surge in instances of racist abuse (although Shappi does take care to remind us that there are not more racists than there were, just that those that already exist have been emboldened .

This show does seem to be significantly shorter on material that’s really funny than some of her previous ones, which for a stand-up show is a sizeable drawback, but the stories are interesting, there are some genuinely moving moments, and what she has to say is both important and valuable.