A missed opportunity to delve deeper into the psyche of hoarders.

While a stripped-back new theatrical collaboration exploring the effects of hoarding may seem to be an ironic template, Stuff perfectly encompasses the experimental approach of Sylvian Productions as they look into the human behind the hoarder.

In our politically and socially charged world, it’s very easy to dismiss hoarding, especially when it is voyeuristically showcased through television documentaries. Yet the sheer debilitation of hoarding affects every facet of health and wellbeing – not only for the person affected by the condition, but the family around them struggling to understand and support.

Stuff introduces Magda (Carol Ann Crawford), a woman trying to come to terms with the arrival of social worker Jackie (Pauline Lockhart), who has come to organise a compulsory council clear out of the physical totems of lifelong memories. As her estranged daughter, Chrissie (Romana Abercromby), returns to help too, Stuff introduces the notion of history repeating itself, as Magda is unable to escape memories of her own difficult relationship with her mother (Rosemary Nairne).

Dow uses the effects of hoarding as a prism for exploring maternal relationships, with the lingering presence of Magda’s mother continuing to make its mark. Loss of living space, social isolation, family and marital discord, health hazards and musical genius are at the core of Sylvia Dow’s script. Yet, they are subtle in suggestion rather than implicit in the action or text, with the overall approach creating a dream-like poetic soundscape and quasi-art installation. Stuff comes across more as an exhibition examining how Magda got to this stage, rather than a dramatic exploration of the facets that affected the outcome.

It’s a beautifully delicate presentation with a quartet of great performers, alongside a talented creative team. John Byrne’s set of intricate boxes – providing a metaphorical illustration of hoarding – partners well with Jeanine Byrne’s atmospheric lighting and Philip Pinsky’s lingering compositions. Still, there is a feeling of a missed opportunity to delve deeper into the subjects at the core. While this is an enticing visual show that draws the viewer in, it fails to go beyond expressionism and properly tackle the poignant issues raised. 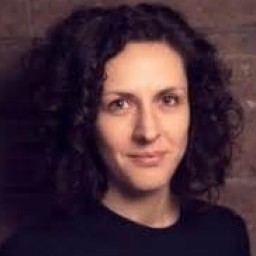