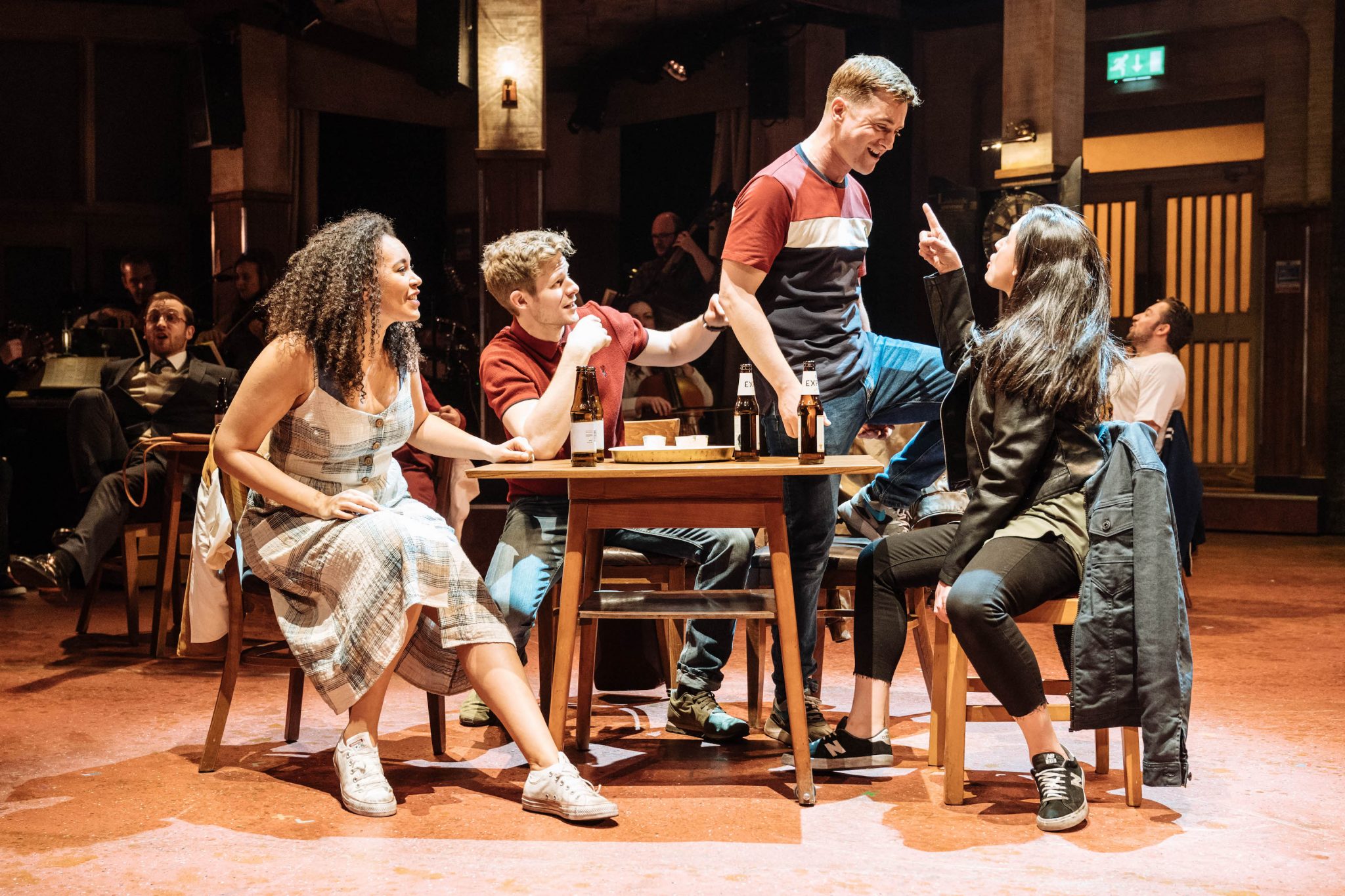 Scotland is a nation of history, populated by passionate patriots and lovers of a wee dram (even if it’s just some Irn Bru). More than this though, we are a people of music: whether you’re a fan of The Twilight Sad, Annie Lennox or those twins fae Leith, The Proclaimers, nearly everyone in Scotland has a special connection to homegrown talent. Sunshine on Leith takes the musical repertoire of the sibling duo and moulds it into a narrative of love, identity and home.

Returning soldiers Davy (Steven Miller) and Ally (Paul-James Corrigan) find themselves back in Edinburgh, dusting out their lungs with a stroll down Leith Walk. Rekindling their sense of identity, the ex-squaddies find the city different, yet assure themselves that it’s still home for them both. Meanwhile, Phil McKee and Hilary Maclean as Davy’s parents Rab and Jean celebrate their 30th anniversary, threatened by the unearthing of undisclosed pasts. While the script is formulaic, the acting is sturdy and accents on point. Vocally, the show is a mixed bag, with Jocasta Almgill (Yvonne) being the tightest performer. Emulating the feel of a Dockers club, marvelously the stellar band are present throughout the night on stage – entirely live, fine-tuned and even doubling for ensemble cast members.

Like the district itself, Sunshine on Leith is proud, charmingly earthy but rough around the edges. True to heart, there’s a deep theme of community running through the production. However, we don’t need to see the skeletons behind the curtain. Usually, the stage crew members deserve higher praise for their work in theatre than they receive. Tonight, however, many an illusion is stilted in the stalls as we see the flickering monitor screens and shoes under the curtained wings. Minor staging issues cause the show to halt in awkward transitions; this is especially irritating when the occasional seamless scene change occurs, highlighting the clumsy ones.

There is no force in heaven or on Earth (besides an open bar) which will shift the feet of a Scottish audience faster than those first strums of I’m Gonna Be (500 Miles). Apart from this obvious crowd-pleaser, the stand-out performance is Hate My Love For You, where we get to see the cast’s acting talent shine through, their pain on full display. All these numbers are hits, carried out proficiently with choreography which, for some reason, has been unnecessarily inserted into almost every number. In touching moments, such as Jean’s reflections, it works well. Other times it is a total distraction.

Stephen Greenhorn has certainly captured the Scottish heart, even if it is through tartan-tinted spectacles. Far from superficial though, Sunshine on Leith respects the true Scottish values of community, love and a sense of humour. While there a few stumbling blocks (or fumbling stage hands, rather) here and there, this production draws out our sense of family, home and our bursting urge to sing.