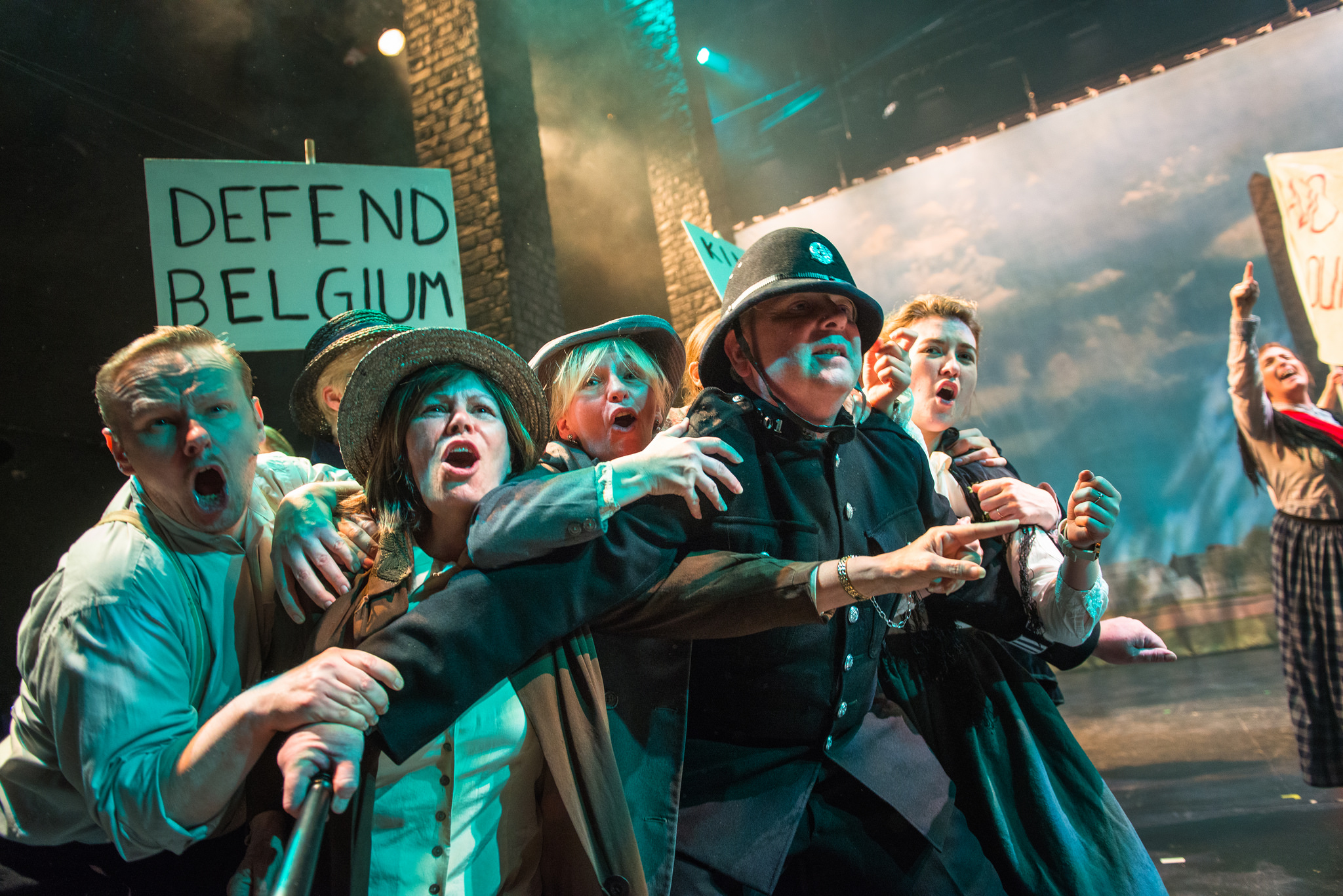 A Night to Remember

This ambitious collaboration of the Citizens Theatre's drama groups culminates in a highly satisfying mix of drama, nostalgia and the supernatural.

Opening with a bunch of 1918 ghosts – baffled as to why they have all been assembled on the stage at the Citizens Theatre – the knowledgeable Mr. Preston placates everyone by unleashing the master of ceremonies, Mr. Waldon. A “turn” indeed, he slowly dominates the show in a decidedly ghoulish manner, using every opportunity to lead all involved in a song and dance. However, when a ghost from 1973 crashes the party some uncomfortable truths are revealed.

At its heart, A Night to Remember is an examination of the Donaldson family – looking at their lives in Glasgow 100 years ago. A working class family typical of the time, they suffer loss on a scale which they heartbreakingly never talked about when alive. From the shaming public meltdown, exploitation and consequent suicide of their father, to the loss of their sons in the Great War, it’s a slow-burning narrative that concludes in a bittersweet way.

Wrapped around this are energetic little recreations of theatre songs from the period, including a truly hilarious recreation of an advert for Listerine. Throwing in loads of knowing winks to the Gorbals and the audience, the pace never drops. It should be a hot mess, but there’s such drive, energy and a sustained focus on the main narrative from Peter Arnott, which ultimately ensures that the mix never feels awkward. Perhaps one monologue on the state of bodies in No Man’s Land is labouring the point too much after it’s been made elsewhere, but this is a minor quibble amongst the deafening roar of shell fire and explosions that punctuate this moment.

The massive ensemble cast swirl around the stage, with Glasgow Green, an old pub and an army hospital being some of the scenes staged, courtesy of effective backdrops. Having attended on opening night, there were some mic problems and missed cues on dialogue. But these are moot points, and the cast from the various Citizens Theatre drama groups certainly deserved their standing ovation. Waldon deadpans that he hopes they start the 2020 season after revamping the venue “with something cheerful”, but this is certainly a fitting production for the group to finish with in the interim.

A ghost story, family saga, examination of the horrors of war, a goodbye to all that of the past, and (last but not least) a paean to the Gorbals and Citizens Theatre all rolled into one solid narrative, this is an ambitious and highly satisfying show. Funny, moving, and at times unsettling and downright disturbing (Ronnie being laughed at while his world falls apart is achingly cruel), the breadth of the themes being examined is laudable. The pleasingly ambiguous nature of the title becomes poignant in retrospect, and the supernatural element feels like Sapphire and Steel with a healthy dose of An Inspector Calls via the Gorbals.