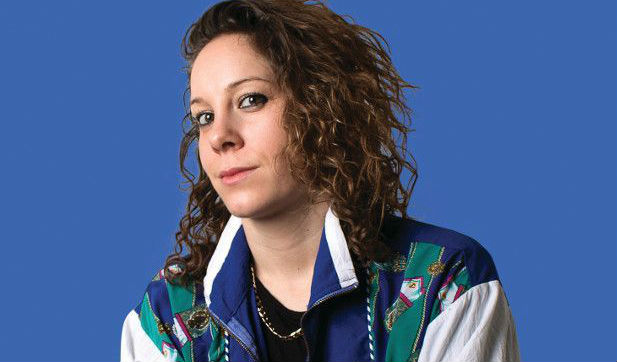 She might be low-born but her comedy's high class.

Suzi Ruffell can strut. She prowls around the stage this evening, left to right, owning the room. In style and format, her comedy is fairly regular observational material about her family – Common being a comment on her background – but it is very confidently and sleekly performed, lifting this well above your average stand-up routine.

Ruffell paints her family portrait in garish tones. Her dad is a geezerish wheeler-dealerish sort of a fella, her mum an animal-print wearing gal who calls Suzi her “princess”. They’re from Portsmouth, but the characterisation could come straight from the cast of Eastenders. It doesn’t take much to buy into this world she’s creating for us. It’s genuine, endearing, and there’s laughs aplenty to be had just from the impersonations she gives us of her parents.

One of the threads in the set is about her experience as a lesbian within this sort of working-class, extended family set-up. Her blokey Dad is, perhaps unexpectedly, totally cool with the idea, calling Ruffell and her partner his “gals”. Less happy about it is the Jehovah’s Witness who calls at the gals’ flat one day, and remains convinced Ruffell is somehow in denial about her sexuality. Ruffell offers a great comedy critique of this stance, which covers all the flaws in the Jehovah’s Witness’s argument, without falling into the tired old diatribe about religion in general.

The set’s highlight is an anecdote about a recent brush she had with the big-time. Invited for the first time to a members’ club in London, she goes nuts with the free bar (wouldn’t we all?) forgetting she has a gig to get to, a gig for which she has just rendered herself insensible. As a working-class lass seemingly afflicted with imposter syndrome, she frets this moment of madness is about to be the undoing of her career, and all she has worked for. The unstated irony, obvious to the audience, is that with comedy skills like this, it would take more than one boozy faux-pas to derail her.