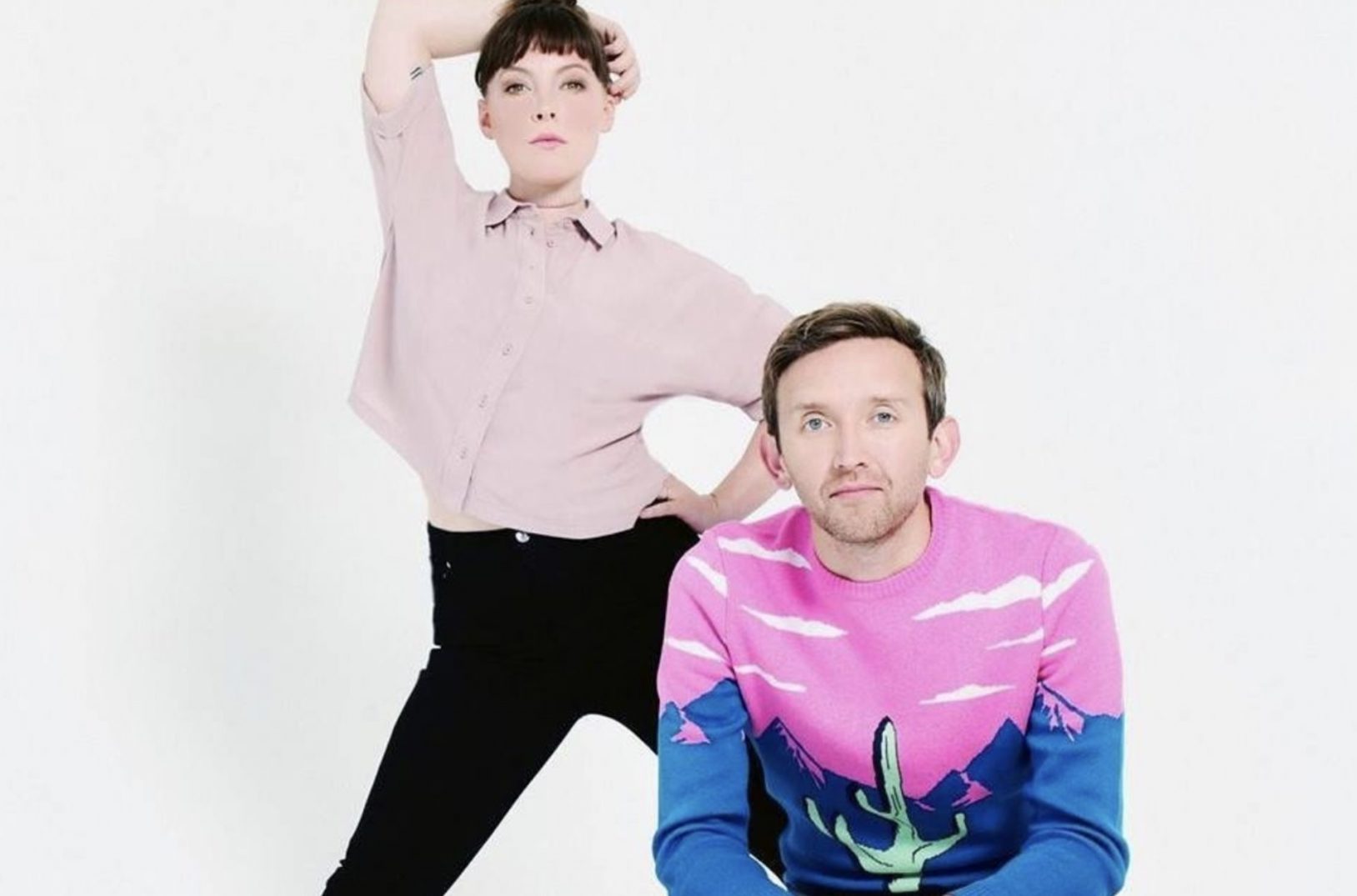 The electronic pop duo Sylvan Esso sold out their first ever show in Edinburgh. The city, it appears, has been eager for this group to come for a while. The duo, made up of singer Amelia Meath and producer Nick Sanborn, begin their set with softer electronic music to ease in the crowd and get them dancing. At the halfway point, the group’s most streamed song, Coffee, ignites the crowd further.

Adding emphasis to the music, the lights shut out and all that one can hear is the roar of the concert-goers wanting more. The blue globe lights strobe back on and harder electronic hits shake the building, such as Radio and H.S.K.T. A sea of heads jump in unison, arms pounding air. The performance is utterly phenomenal.

Leith Theatre offers a rare atmosphere, similar to a venue one might find in a Guitar Hero video game, with paint peeling off the walls adding a feeling of abandonment to the place.

This venue suits Amelia’s unique vocals, which carries their own pulsating energy and converge into an almost arrhythmic ecstasy with Nick’s beats. Her sharp lyrics, often offering criticisms on subjects such as how pop music is written or on the oppression of catcalling, come out crisply into the mic. Her chaotic lunge-style dance moves help set the tone and at one point she jokes she’s becoming sore from the workout. After an encore, it’s clear Edinburgh still hasn’t gotten enough Sylvan Esso. The packed house is ready to be packed once more should the group come again.

The duo are currently on a world tour that’s dotting the globe from Istanbul and Barcelona to across the States. But for now, Edinburgh’s glad to have them here as Saturday headliner for Hidden Door.