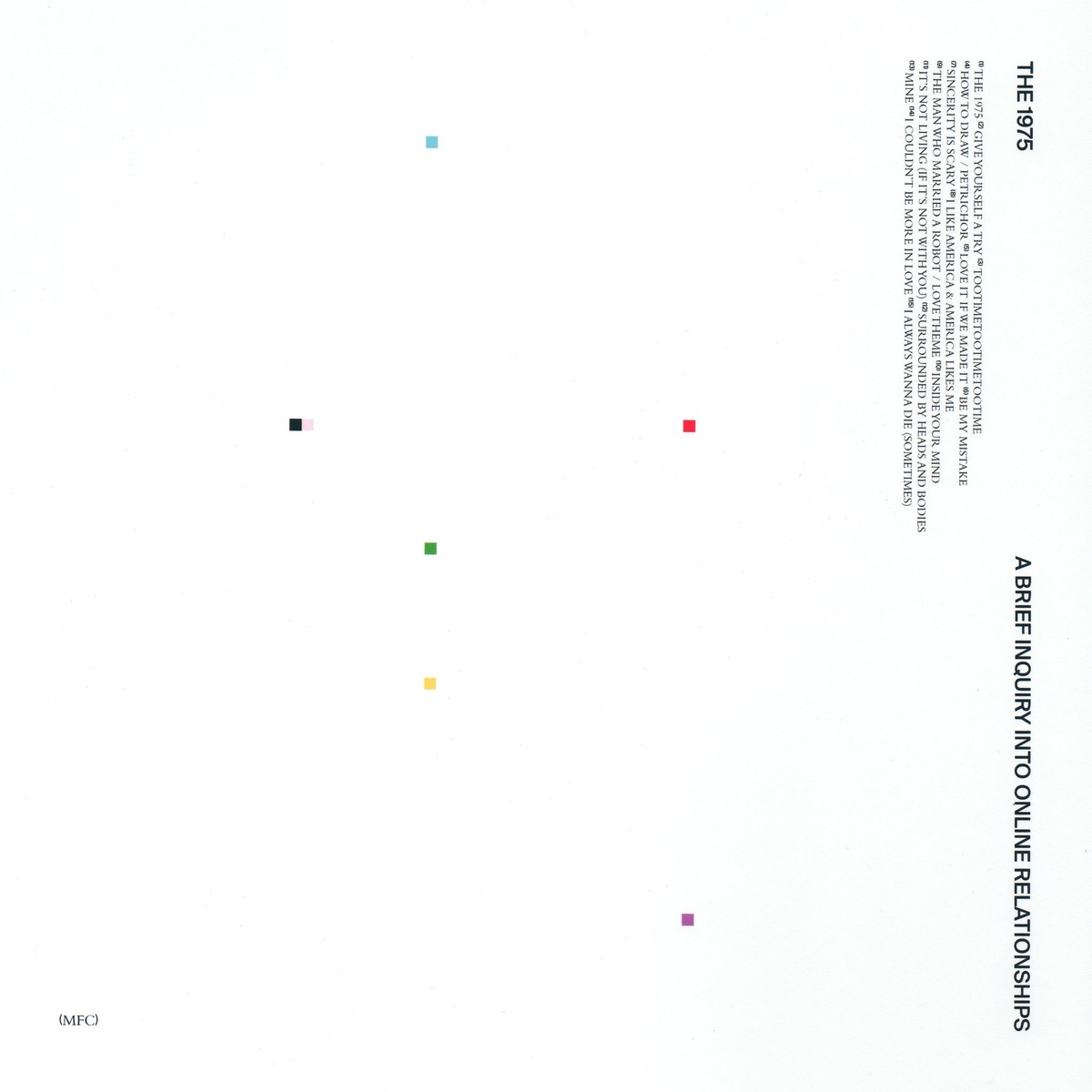 The 1975
A Brief Enquiry Into Online Relationships

Brit winners' new album is all about the posturing

Matthew Healy, The 1975‘s frontman, once told the NME he hated the indie music scene, as “I can’t pretend not to care”. This must have come as a surprise to sensitive indie bands everywhere, mired in introspection and bookish humanity, to hear someone get it so very wrong. But then Healy is all soundbites and no bite. He ain’t no Edwyn Collins, and he’ll most likely never be a Thom Yorke type. But hey, he’s got nice hair.

So it is with A Brief Inquiry… Produced by George Daniel along with Healy, it’s a sprawling, fifteen track behemoth. It’s slick and modern pop zeitgeist-y, with wipe clean surfaces, and all not terribly memorable.

Healy, aided with a hefty dollop of auto-tune (wow, how incredibly innovative) attempts to Mattsplain the issues of our times. Aren’t we becoming slaves to technology? We are, like, consumers, not lovers. When will we learn? Wake up, sheeple! Yeah? Siri makes an appearance on A Love Song To A Robot/A Love Poem, and it’s like OK Computer-era Radiohead for toddlers.

Sincerity Is Scary even flirts with jazz, bringing some handsome, seductive trumpets in, before dumping it for a poppier proposition. Healy can’t resist showcasing his erudition (ahem) by titling I Like America, and America Likes Me after the 1974 Joseph Beuys artwork. It’s almost as if Lady Gaga had teamed up with Marina Abramovic… Oh, wait.

Self-help philosophy prevails, such as the boyband banality of Give Yourself A Try. The stadium tedium is relentless. Love It If We Made It is designed for enormo-domes, with its big empty choruses, and it’s impossible not to be reminded of the subliminal messages explored in campy classic Josie And The Pussycats. Buy it, it’s ironic.

One day, Healy may make something equal to his bold claims. He’s clearly not an unintelligent young man. Until then, there are these insipid, wind machine bangerzzzz with pretentions to greatness. And that’s just not good enough.