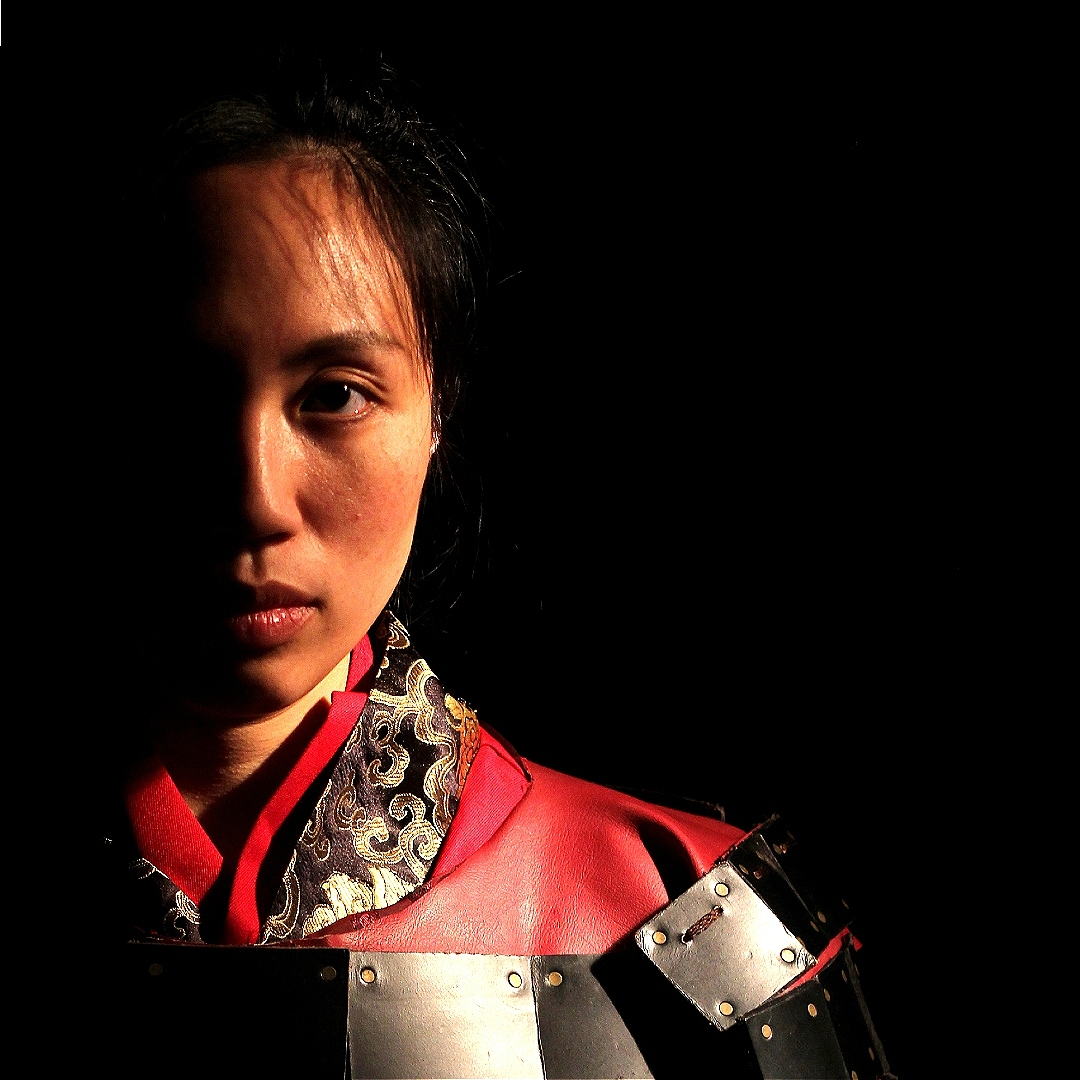 The Ballad of Mulan

After ten years of war can Mulan, disguised as a man, go back to being a woman in peacetime?

It’s the eve of the last battle after ten long years of war. General Mulan spends the night remembering the past and wonders about her future. After such a long time being a soldier and pretending to be a man, can she finally go home or is she trapped in this male persona forever.

The action alternates between new soldier Mulan readying for action on the day of her first battle, and the older, wearier Mulan in her tent on the night before her last. The lead up to the first battle is intensely performed and you can feel the palpable fear of the unseen mass of soldiers surrounding Mulan as archers pick off men from around her. It leaves the audience breathless for more, waiting for the next action. But you never get to see the end of that battle or the aftermath, leaving that part of the story unsatisfactorily untold.

Reminiscing about her childhood while in her tent, it becomes clear that Mulan was never destined to be a refined and cultured lady. She climbed trees, hunted rabbits and defended herself from the town bully, an unconventional child fighting against tradition. But it’s her father’s illness that forces her to save her family’s honour and disguise herself before heading off to war- an action that could have led to her execution if discovered.

Drinking heavily and messily eating noodles, Mulan contrasts herself with her male comrades. They can talk about what they are going to do after, after the war is over and they can go home. But can she go home? She doesn’t want children and how can she bear to be an obedient wife after leading thousands of troops? There is no answer given, maybe there is no answer to be had, but it is hard to watch the happy fantasies fade into the unknown on Mulan’s face.

The Ballad of Mulan is no Disney fairytale. Battle scarred and weary, Mulan is a soldier through and through. Standing on the stage in full armour with a halberd at the ready, Michelle Yim is an imposing sight to see. Yet, her reminisces are full of warmth and humour and you begin to see the woman behind the man.