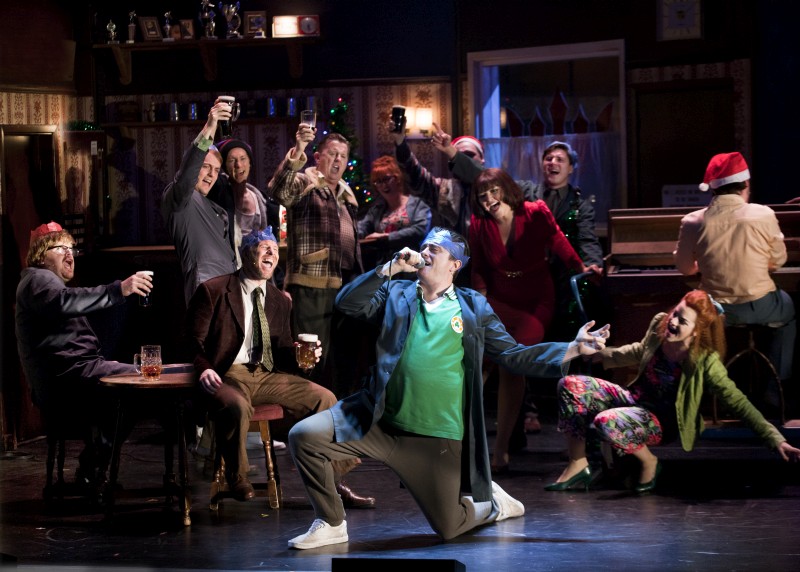 Tunes that defy the decades

‘Soul music is for working people’

The mantra of the characters in The Commitments is that they are the hardest working band in the world and they perform to entertain people who work as hard as they do. The popularity of the stage adaptation of Roddy Doyle’s novel and subsequent film demonstrates that this mantra is still relevant as we continue to look towards entertainers that are personable and relatable. With the shift in the political sphere of late, we are regressing to a time when good harmless fun is greatly needed to see us through any looming darkness.

Set in 1985 Dublin, The Commitments depicts a hapless band of novice musicians who have real talent. Jimmy (Andrew Linnie) holds auditions from his house despite his Dad’s (Kevin Kennedy) reluctance to listen to anything except Elvis. He swiftly finds some musicians he deems worthy and throws them together on the proviso that they perform soul, because that’s what people want to hear.

From the reaction of the audience, he is right. The cast belt out a playlist of classics from Proud Mary to Try A Little Tenderness with perfect pitch and poise. Brian Gilligan, as the always tardy Deco, is the ultimate front man with a voice to be reckoned with and the charisma to match. The Supremes of the band Natalie (Hannah Stratton), Imelda (Leah Penston) and Bernie (Christina Tedders) matched him in energy and performance but their characters, there only to satisfy the men in the group, were definitely a backwards step for feminism while defying everything the female groups of the 60s advocated.

Unfortunately it wasn’t only the female characters who lacked any real depth or journey, which might dishearten fans of the 1991 film version. Musically the show was flawless but the plot was extremely thin.  Despite some witty one liners and Linnie’s ability to connect with the audience, the lack of tangible story meant it may as well have been a concert show.  The clapping and cheering crowd probably would have enjoyed this a great deal more, if the encore was anything to go by. It’s not for those who want a musical that engages the mind but great if you want a fun night out after work, listening to tunes that defy the decades. Exactly what The Commitments stood for.