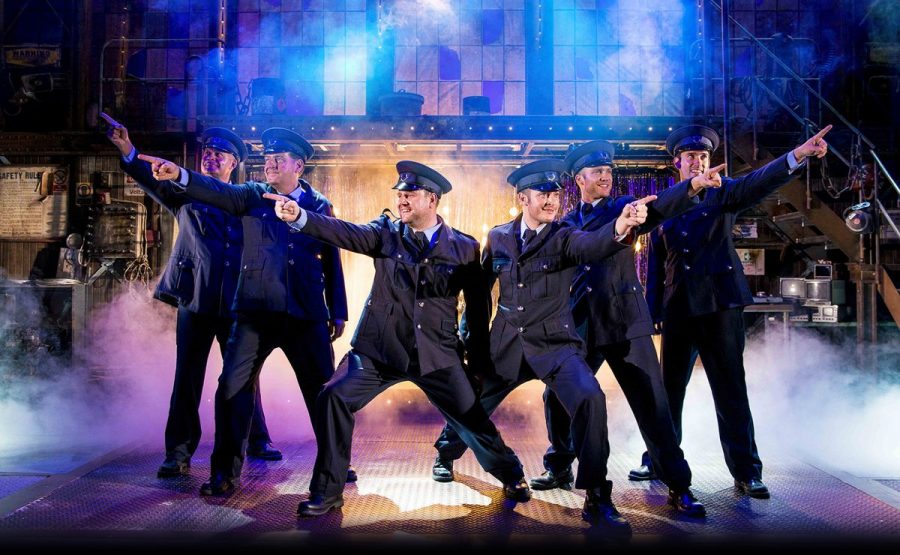 Adaptation of the classic 1997 film, with Gary Lucy as Gaz

The 1997 BAFTA award winning film The Full Monty, set in Thatcher-era Sheffield seems a world away from the here and now. But Simon Beaufoy’s writing touches on serious subjects with such delicacy, that it resonates with the audience, all the while making them cackle and cringe. First adapted into a musical in 2000, then a play in 2013 which premiered in Sheffield’s Lyceum Theatre, it so obviously belongs on stage. Jack Ryder’s current version uses a changeable warehouse set with impressive lighting techniques. Gary Lucy takes on Robert Carlyle’s character, someone who is hard to compete with. But as well as Lucy there’s plenty of stars on stage, including Chris Fountain, known for his role in Hollyoaks, and Andrew Dunn, known for his role in Dinnerladies.

The play follows the same story, same writing, but with less swearing. Six unemployed men, following the closure of the once successful steel mills, need a way to make money… fast. For Gaz, he needs to find the money to pay his child support, otherwise he will lose access to his son Nathan, played by Felix Yates on opening night. Luckily, his son becomes his manager and investor when he and his best mate Dave, inspired by the Chippendales, decide to become male strippers. Their first recruit is Lomper, who has just attempted suicide, followed by Gerald, who hasn’t told his wife he has been unemployed for six months, while all the time she is out with the credit cards booking skiing holidays. Whilst holding auditions, a much loved part of the movie which is equally as hilarious on stage, they find their final members, after sifting through some terrible ones. These are Guy and The Horse, who is the first to get a loud cheer from the audience. Despite his dodgy hip, he can still shake his booty.

Despite being too thin/too fat/crippled/depressed, they get into rehearsal for their “one night only” show Buns of Steel. Lucky for us, we get to be the audience, and not only for one night. Depression and suicide, homosexuality, father’s rights, unemployment… this small group of men experience many struggles, but the light-heartedness reminds us it could be worse, which in their case is apparently being a security guard at Asda. When they decide to do the “Full Monty” Dave drops out, insecure about his weight, and takes that dreaded job because even wrapping cling-film round his belly didn’t help. But what’s the worst that could happen?

Opening night, Gary Lucy has a little mishap with his red leather thong, but is not phased because any audience member who has seen Footballers Wives has seen it all before anyway. The audience are roaring with laughter throughout, building up to the climax – the part they are all there to see, and whilst these men keep their hats on we take ours off to them.