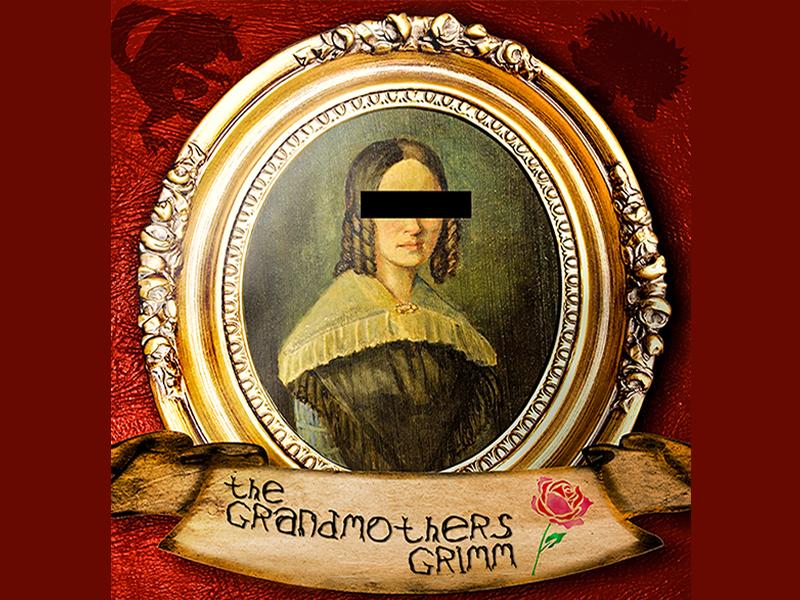 Wilhelm and Jacob Grimm put their name to an anthology of folk and fairy tales in the early 1800s, but of those from whom they collected the stories much less is said. Across the continent interest in folk history is thriving and in a time of German unification the brothers hoped to capture the shared culture and bring people together through their tales.

The Grandmothers Grimm begins with the brothers talking to Marie Hassenpflug who relates the tale her nursemaid used to tell her of a werewolf who took the path of pins to arrive at the house of the grandmother before the little girl who dawdled along the path of needles. Discussion quickly turns to its similarity to the tales of Charles Perrault and whether the servant could have gleaned the tale from there, or if in fact Perrault copied the folk tale for his own. And thus the show explores a few of the stories – some from Marie, some from other women – of storytellers in taverns such as Frau Viehmann.

Playing on the audience’s familiarity with versions of the stories the action skips and flows between the tale and its telling, with edits and changes and the different versions all brought together. The cast switch between characters very clearly, and, with the addition of a few props, there is no confusion as to who they are at any moment.

While Marie fights for the women in the stories to keep the power and cunning they had in the originals, Jacob muses on the original functions of such stories and Wilhelm tries to remove the worst of the sex and other unsuitable parts. Giving some idea of the discussions and decisions that went into editing and compiling the work adds a dimension that is not often examined and makes the final tales more rounded.

The aim of the piece is to shed more light on the women behind the stories in the Grimm’s book, moments such as Jacob describing collecting some of the stories highlighting the problem that by giving away these stories the women who told them were endangering their livelihood. However, references to ‘loss of female agency’ or ‘female erasure’ feel linguistically too modern and jar anachronistically with the vocabulary of the rest of the piece, breaking the immersion.

Shedding light on the history of both well known fairytales and their original providers this piece is lively and interesting. The characters are well formed and the stories well told. It makes for an enjoyable hour.