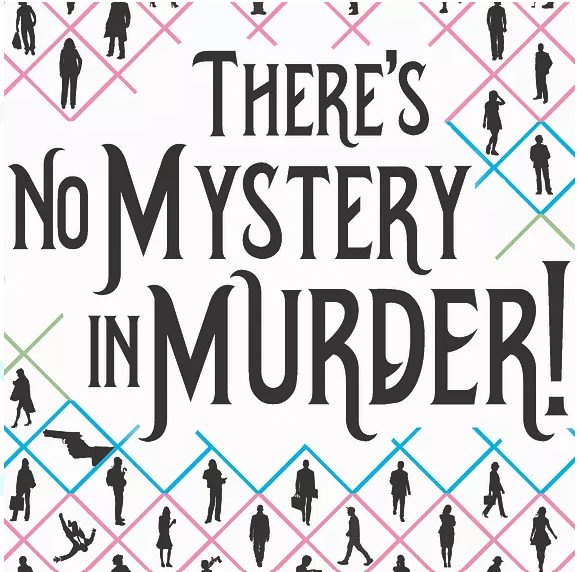 There's No Mystery In Murder

A Yorkshire comedy murder mystery musical? It’s a concept with a narrow margin of error. Get it wrong and there’s a whole world of cheesy cliché to wander into – over-egged flatcappery, ropey rhyming schemes, sub-Midsomer plot twists. But, thanks to some spirited performances and not leaning too heavily on the tropes of its constituent parts, this four-hander by theatre company Northern Corner comes out winning.

An opening scene in which a ranty Yorkshire rabble confront the local councillor about a planned new supermarket reassures about one thing: this is just a Yorkshire set musical – we’re not going to be eeh ba gum-med with comical accents and every stereotype in the book. And the opening number in which the cast introduce the town of Rothersdale reassures about another; composer Danny Horn’s songs are really rather good.

After Mr Councillor gets bumped off by one of his constituents, the local sergeant (Will Lambert, also the writer) calls in a gruff, arrogant DCI (Will Garrod) from Leeds to solve the case. This knocks the local bobby’s (Nia Tilley) nose out of joint. She’s missing a rare chance to test her mettle versus a real crime in this sleepy backwater. Begrudgingly, she pairs up with the incomer and the odd couple make their way round the locals, probing for clues. The locals (which include remaining cast member Katie Brier) are a weird old crew whose personality quirks run the full gamut from adorable to psychopathic. They come and go quite fast and we don’t really suspect any of them of doing it, but we don’t really care. We’re enjoying meeting them and wondering who’ll be along next.

All the while, the cast are doing nice light comedy work, playing off each other well and keeping momentum ticking over. Slight breaks of character to deliver funny asides work nicely. The songs bring good laughs too; you forgive the occasional flat note. The finale, in which the young PC untwists the plot is particularly well done. It requires rapid-fire singing and the rest of the cast to spin speedily backwards as if being rewound on tape, and is very effective.

Starting from a potentially ropey premise, There’s No Mystery In Murder avoids the obvious pitfalls and ends up being a fun, quirky piece of theatre.