A fascinating concept hovering just short of a theatrical triumph.

Advertisement
Note: This review is from the 2013 Fringe

By relocating Shakespeare’s blood-soaked revenge tragedy to 1980s skinhead culture, Hiraeth Artistic Productions ensure that their production stands out from the three Titus productions on at the Fringe. The violence we accept in white supremacist culture makes the murders, rape and mutilation more immediate but surprisingly also more identifiable.

However, the production struggles to connect the themes of the text to its chosen context. Race should be the focus of the play, but Aaron the Moor rarely feels like an outsider. He sits comfortably on a couch with white supremacists and is able to manipulate them with confidence and charm. Likewise, recasting of the goths as Irish makes sense in the political context but dodgy Irish accents and a lack of emotional stress in Lucius’ employ of Gothic mercenaries again obscures the racial perspective.

Zoe Ford has hit on something very poignant and has a talented cast at her disposal – particularly Adam Henderson Scott’s Lucius and Maya Thomas‘ stunning portrayal of Lavinia. The incredibly choreographed fight scenes are the strength of the production, shocking but mesmerising. The show needs to match its engagement with the Shakespearean language and what skinhead culture offers to the play, doing so would make a strong attempt at a hard play an unmissable theatrical event. 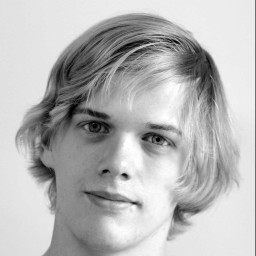