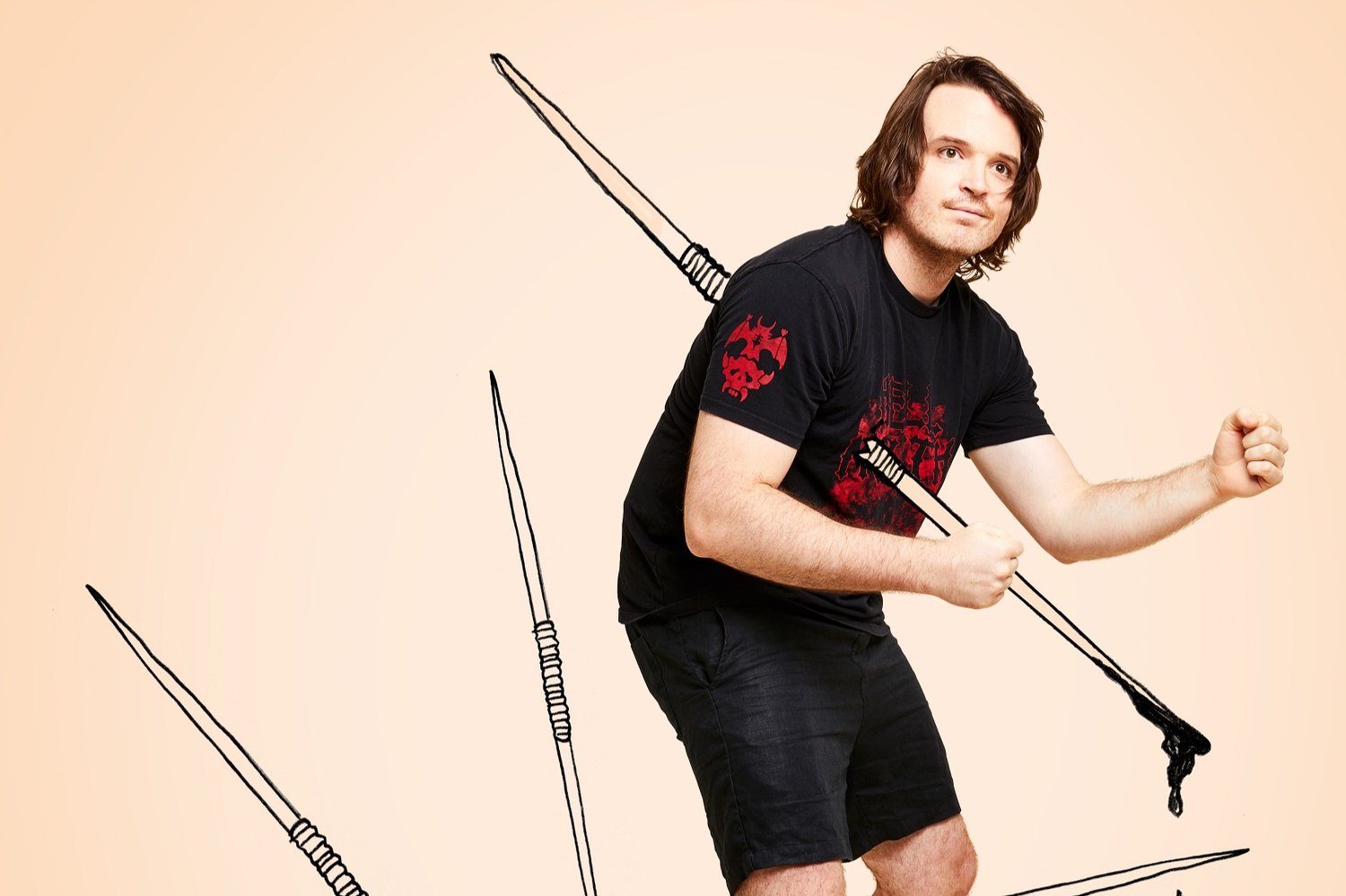 Despite Tom Walker‘s insistence that he has bad vibes, the vibes in The Box at George Square are nothing but good from the very start. After gently poking fun at Assembly’s pre-show verbiage (“do not review me on edfest.com, that would make me so sad” – and to be fair, this isn’t edfest), he launches (pun intended) straight into javelin jokes, which – as it turns out – is surprisingly rich, and previously-unexplored, ground for comedic material.

Walker leads us through his torrid personal history with the javelin, peppering us with facts about the sport that only someone who spent way, way too much time on the subject in 2019 would know. Did he really kill a family of three with a misplaced throw? Probably not, but with Walker you’re never quite sure what’s real. The javelin content is interspersed with some top-tier mime; although Walker has acknowledged in the past that it’s a pretty despised genre, even the most diehard haters will come away with a grudging respect for his skills. Whether he’s opening a haunted door or pretending to be a bull in a china shop, he always manages to be both impressively unnerving and genuinely hilarious.

In addition to the silliness, however, there’s also a thread of geniune philosophical musing here, as Walker tries to find meaning in what is – and these are his words, not mine – a pretty ridiculous sport. Like Very Very, Javelin is best enjoyed if you just roll whatever Walker throws at you (again, pun intended – there really is a lot of material here). And if you’re not able to do that, you’ll at least come away with an irrational dislike of discus throwers. Posers.