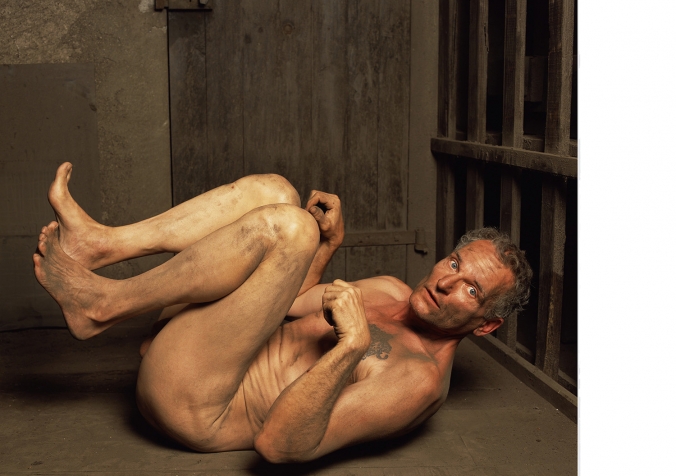 An exhibition by American photographer and artist

The road to Andres Serrano’s Torture exhibition at Stills Centre for Photography, both in the real world and on-line, is littered with cautions and warning signs akin to the mountainous path followed by Dorothy on route to the Wicked Witch’s castle. Yet despite all the promises of controversy and visually shocking content, the selection of Serrano’s images on show at Stills Gallery are emotionally bland and verging on the fairly boring (OK, there’s a willy in one of them – get over it!).

Andres Serrano is an American photographer and artist who gained fame through his use of controversial imagery and bodily fluids throughout his work. He is most renowned for the highly contested work Piss Christ (1987) and given his employment of the abject and frequently explicit content, his works have often been been vandalised – some even leading to angry street protests outside his exhibitions.

In the context of the exhibition at Stills Gallery, Serrano states: “I had this strange feeling that I had to become the torturer and empathise with the victim at the same time, the duality of the tortured and the torturer” – but there is simply no feeling of this duality in the images exhibited in Edinburgh. Indeed, researching the complete exhibition as originally staged at The Foundry in the French industrial town of Maubourguet, reveals little further of interest.  One or two pictures of hooded figures daubed with a bit of fake blood do little to compete with any run-of-the-mill Hollywood thriller!

The exhibition has been curated in collaboration with a/political, an organisation which seeks to give artists the freedom and space to investigate social and political issues through the realisation of ambitious artwork. In order to create his photographs, Serrano visited and carried out research across various prisons and concentration camps. Yet despite such investigations, the political connotations of the work fail to make much of an impact.

It is not the purpose of this review to belittle another artist’s work, but, frankly, with the exception of a few nude shots and crucifixion references, there is little here that couldn’t slot comfortably into a well-produced museum catalogue; images of Scold’s Bridles and similar equipment are hardly newsworthy amongst Edinburgh’s many collections of grim souvenir’s from Scotland’s days of witch trials at the high court.

Likewise, the Gallery’s boast about the size of the images on display – ‘the compositions have been elevated to the status of Renaissance altarpieces and are among the largest images the artist has ever produced’ – carries little to impress the contemporary viewer in a world where on-demand poster-size printing is available in any copy shop in the city.

To go back to Dorothy winding her way to the Witch’s castle, heed the sign that reads “I’d turn back if I were you” if you are planning on visiting this ensemble.