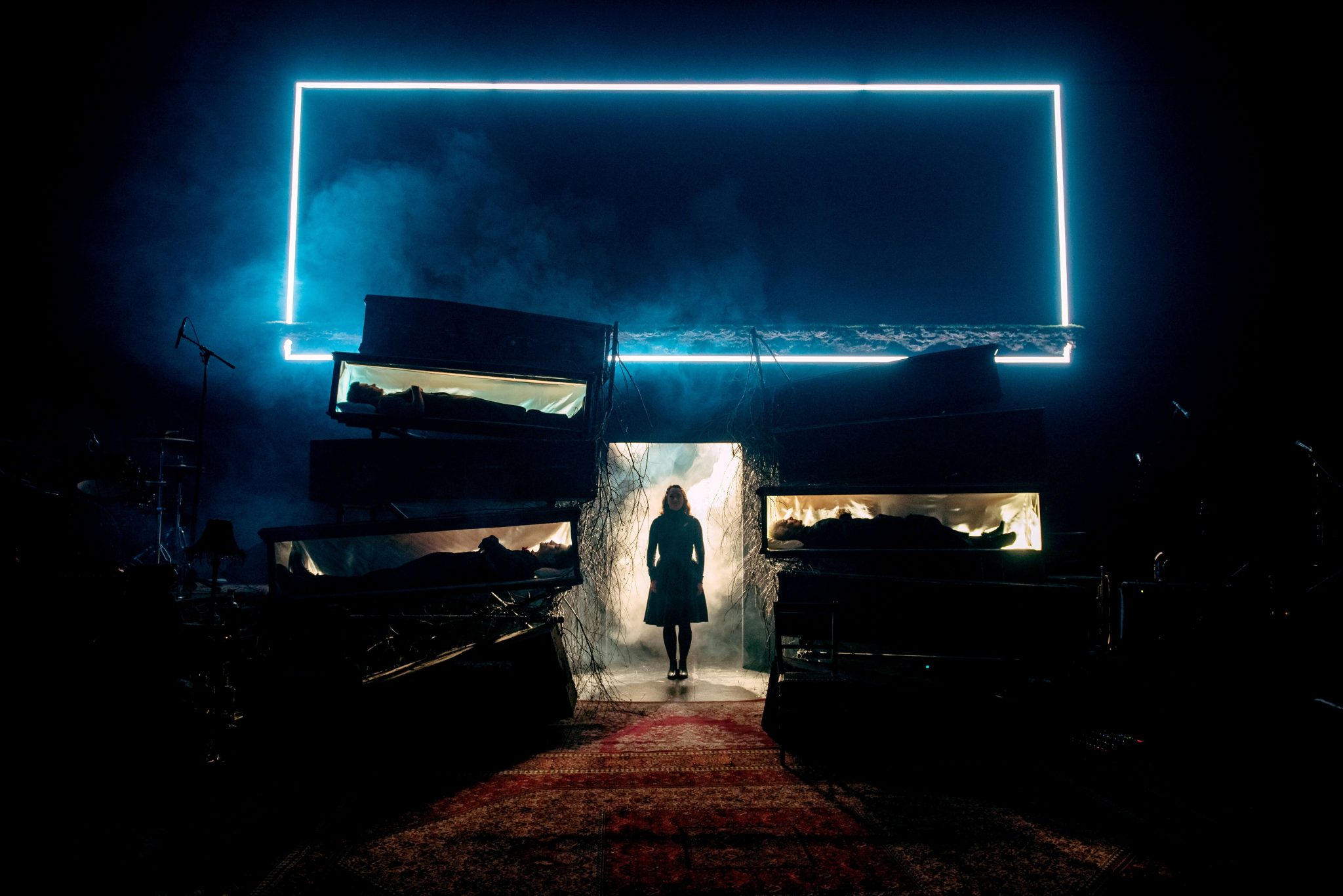 A dark but disappointing delve into the underworld.

Vanishing Point’s collaborative piece with cabaret/folk/pop band A New International is a combination of concert and theatre, in which the audience are inducted to a world six feet under the village of Dickenson’s Brae. The Dark Carnival is a night filled with eclectic characters, decaying décor and macabre melancholic melodies.

To welcome us to the underworld, lead singer Biff Smith and co break into their flagship song “Necropolitan”. It’s an upbeat, almost serenading song that rightly raises expectations for what we can expect of the band. The stage comes to life whenever they strike up, and their theatrical tone and performance are a perfect fit for their surroundings. Smith himself steals the show; his characteristic voice matched by his marionette-like movements make him utterly magnetic.

The scenes in which the band performs are undoubtedly the show’s strongest; when it comes to the theatre aspect, meanwhile, is where The Dark Carnival falls short. The Gothic aesthetic of dusty silk waistcoats, painted faces and red roses in front pockets is gorgeous, however the story is underwhelming. The characters are surprisingly unimaginative; an uptight general (Harry Ward), a mother-like figure (Ann Louise Ross), and John – the closest thing we have to a protagonist (Malcolm Cumming). There is very little conflict to drive the plot other than John trying to communicate with his living lover Peter, and even then it is difficult to care since Cumming’s performance comes off as whiny and wimpish. The story feels like an afterthought, of secondary importance to the design and the music.

A distinctive feature of the writing is that it is all in verse. It is solidly written, but the problem lies in the fact that the lyrical script is at odds with its rather conventional and dull staging and direction. The dead mostly sit around, drinking and watching the living through a kind of window, and weirdly they address all of their lines to the audience, even when speaking to each other. There’s nothing to justify the elaborate script, and it ends up becoming distracting.

That’s not to say that the show is bereft of inspiration; here, Heaven is full of angels who are drunk, stoned, bored and hostile to anyone who tries to enter the pearly gates for fear they will run out of indulgences for themselves. It’s an intriguing, relevant and original concept, but not enough on its own. The music may be a marvel, but it can’t resurrect the lack-lustre story.