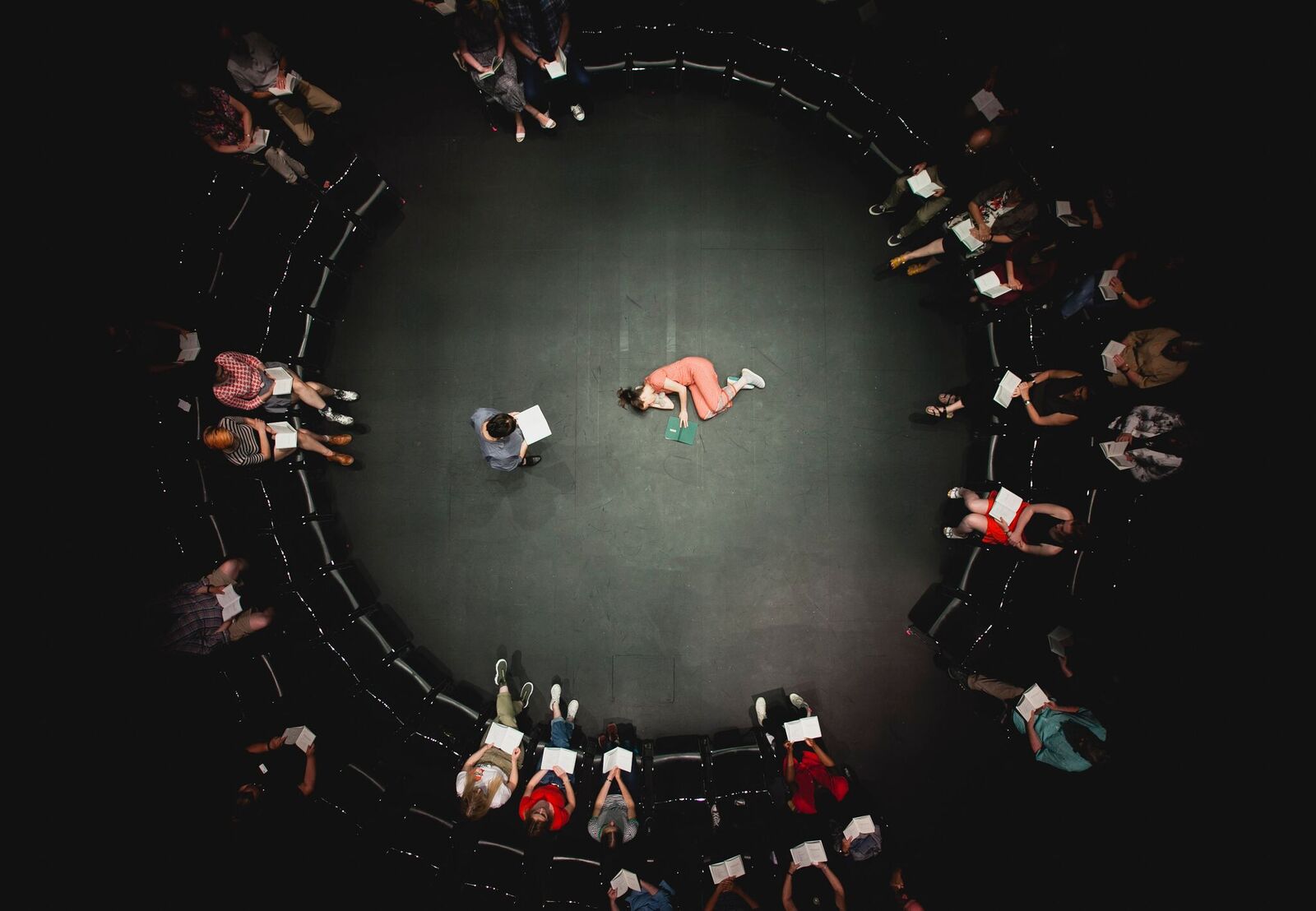 Experimental theatre experiences create a dream-like reverie: a nightmare of the end of the world

The name alone feels like a challenge: Total Immediate Collective Imminent Terrestrial Salvation, an abundance of syllables run together to create a play title that sounds vague and specific all at once, already has its audience feeling overwhelmed. Entering the theatre, the alienation continues: we are invited to sit in seats arranged in two concentric circles, like an AA meeting. There’s not set, no props, simply a hard-cover book on each of our seats: part graphic novel, part play script, we’re instructed to read it at a pace with the performance. It depicts the near future – a dystopian compound in South America – and features tragedy, celestial bodies, and the bonds of deepest love. It is beautiful, but oblique. As with the play’s title, we are left wondering precisely what is in store.

Into this space enters the world-weary but kind Anna (Susan Vidler). She enters into a dialogue with young, sweet, naïve Sol (Shyvonne Ahmmad), the stuttering member of a doomsday cult. We hear their dialogue in tandem to reading the script: their language is elliptical and poetic. As the play progresses we grasp that Anna has come to try and save Sol from the clutches of the cult, run by Anna’s former husband Miles (performed with equal parts charisma and menace by playwright Tim Crouch).

The wonder of the experience is that each theatrical device – the curious title, the stilted dialogue, being commanded to read and then study illustrations at the performers’ behest – at first distances us from the play and then, by teasing our curiosity, coaxes us into a deeper consideration. We gaze at cryptic drawings (beautifully rendered by illustrator Rachana Jadhav) with an intentness we wouldn’t were we reading alone, matched by a swooning soundscape from sound designer Pippa Murphy. We become totally immersed in the painful, doom-laden world of the play.

There are subtle mysteries to be deciphered, ones that cannot be solved by peaking ahead in the play script, but the device of having the book in hand is not simply an experimental stunt: it deepens the plays themes of determinism and fate. Crouch is as accomplished a performer as he is a writer, and it feels eerily pertinent to watch those who are lost and confused throw in their lot in with a man whose arrogance and pain has knotted into magnetic certainty. There’s a disarming ambiguity to the play as well – is this a play about a doomsday cult, or a play about a woman wilfully blind to imminent doom? At the risk of sounding trite, it’s an equivocation that feels woefully relevant in the current age.