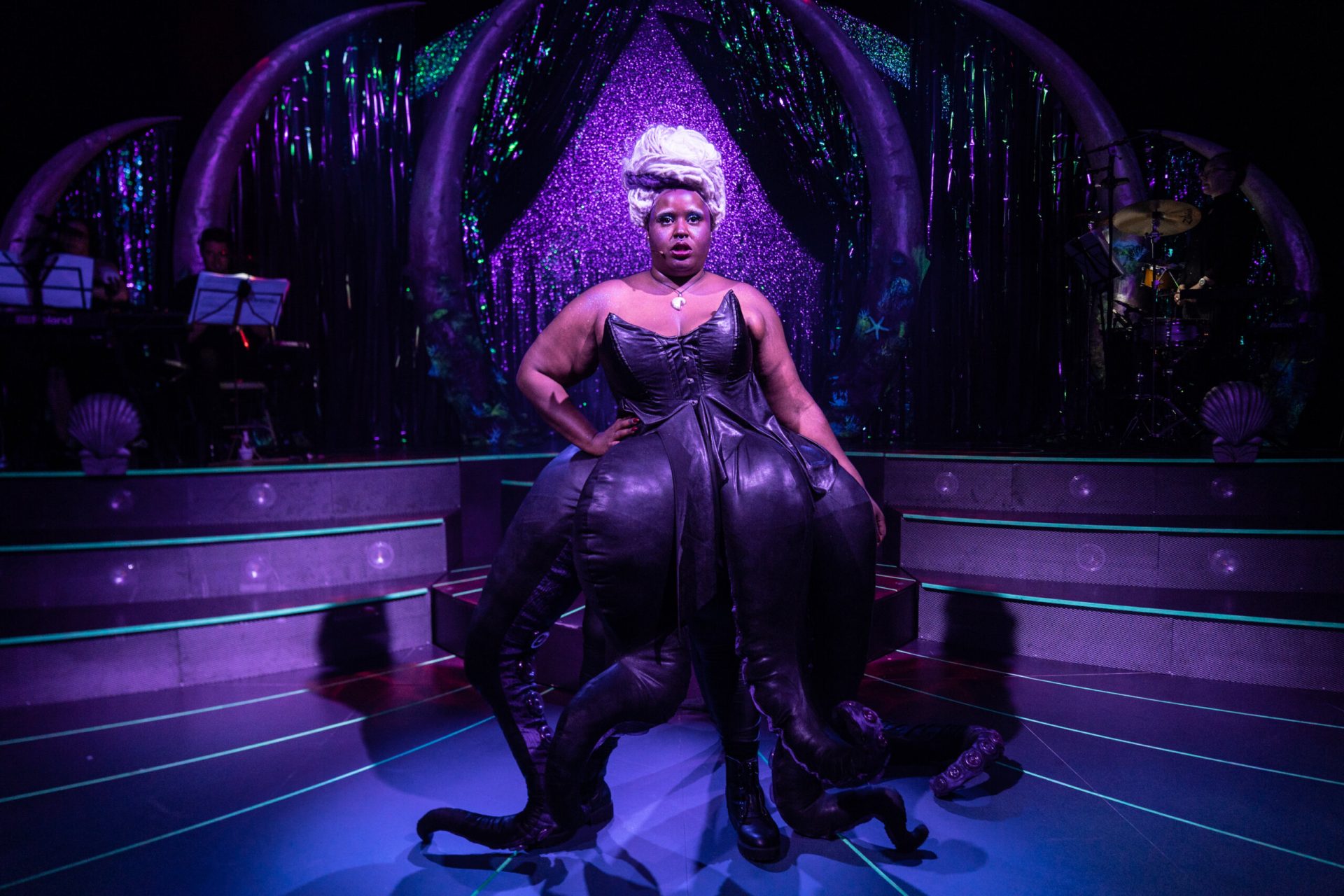 Unfortunate: The Untold Story of Ursula the Sea Witch

Entertaining, hilarious and a sight to behold

If you wish to keep your memories of Disney’s The Little Mermaid untainted, do not read any further. However, if you wish to hear the X-rated musical parody version from Ursula herself with an added dash of sex, puppetry and progressive messaging, then you need to see Unfortunate: The Untold Story of Ursula the Sea Witch. Parents, you have been warned!

Following in the footsteps of Wicked, complete with magic, an impossible love story and a woke badass female lead, Fat Rascal Theatre have beaten Disney to reintroduce one of their beloved villains by giving Ursula her own opportunity to set the record straight with a fabulous twist.

Ursula is alive. She survived the end of The Little Mermaid film and tells us what events lead her to where she is now. The show flashbacks to 20 years ago where we meet the young Ursula and Prince Triton, and find out why she was banished all those years ago. You will laugh and clap your way through this show, including a kooky cast of colourful characters full of personality and humour.

Ursula herself is covered by co-writer and director Robyn Grant who is unashamedly confident in her curvy tentacle outfit with a dazzling voice to match. As a character who originally drew inspiration from drag queen Divine, this Ursula would fit right into a Ru Paul’s Drag Race episode.

Ariel, our heroine, is played by Miracle Chance and given a grating Essex basic bitch makeover whose one goal in life is I Wanna Be Where The Boys With D*cks Are, a bit less romantic than Part of Your World! At this point of the show, you realize that nothing is off limits.

Allie Dart takes on Sebastian the Crab and turns him Irish (a smart and funny move that pays off well) while Jamie Mawson plays both the himbo Eric and the crazy King Neptune, who is a right hoot. George Whitty plays his son the gentle Prince Triton.

The supporting cast whip between costume changes to play puppet characters which are animated and inventive, designed by Abby Clarke and Hugh Purves. The outfits, designed by Cory Shipp, are eye-catching, full of glitter and frills in contrast to Ursula’s dark latex look which is only highlighted further with the gorgeous lighting, designed by Douglas Kuhrt, transporting us under the sea.

Tim Gilvin’s score covers a range of genres with catchy comical lyrics that convey deeper meaning and hints of the original tunes, supported by a small, yet very talented band. They revise the hit song Kiss the Girl to the more progressive You Better Ask the Girl – consent is sexy after all. Every musical has a song that you skip in the playlist and upon hearing the first notes of To Be King you’d pin this one as it, but Whitty takes this song up to ten, reaching notes only heard in an opera.

Entertaining, hilarious and a sight to behold, Unfortunate gives Ursula the daring retelling she deserves.