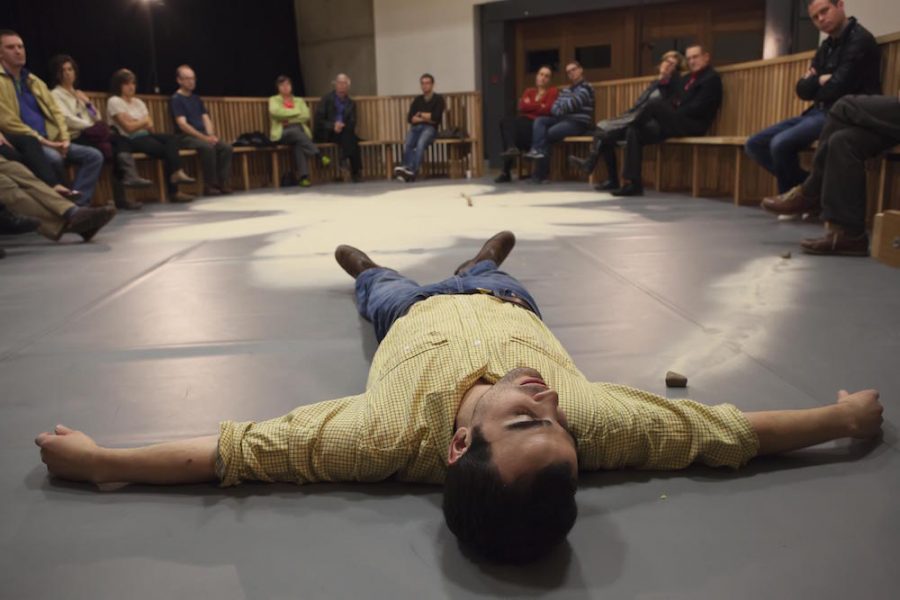 “My purpose in going to Walden was not to live cheaply or dearly, but to live deliberately.”

So Henry David Thoreau justifies his retreat to the woods in Magnetic North’s adaptation of his memoir Walden. After first gracing the stage in 2008, the play is enjoying a much anticipated revival at Hidden Door 2016. Directed by Nicholas Bone and performed by Cameron Mowat, Walden celebrates a man’s return to nature and living in the moment.

Much has changed since the play’s debut in 2008. For many of us, technology has gained a significant foothold in daily life. We have seen the rise of social media platforms like Instagram, WhatsApp, and Vine. Mindfulness has become a mainstream practice, with many taking up yoga to get a break from their busy lives. Walden meditates on finding a slower way of life, one where we do not worry about yesterday and tomorrow but focus on the now. The main character could be a blogger from the Elephant Journal. Walden feels as relevant today as it did when the original book was published in 1854.

Mowat commands the stage with ease. His performance is slow and deliberate, which exactly matches the tone of the piece. There is a hush in the room as the audience listens to his monologue, hanging onto his every word as he unhurriedly scratches patterns into sand on the floor (demonstrating how he hoes beans on the land). Mowat surprises us with both his entrance and exit, starting and stopping abruptly before leaving the stage. He could actually wait offstage longer to create the optimum tension whilst the audience wonders if the play has really finished. Mowat has succeeded in shutting off the outside world, maintaining his audience’s focus and showing them that living in the present can bring unexpected turns.

The set was designed by environmental art practice Sans façon, and works well to reflect the simple life Thoreau has chosen. The wooden benches in-the-round and pile of sand in the centre create an intimate and stripped back look. The team have clearly put careful planning into drawing out Walden’s themes, and it works. While the “return to nature” plot can sometimes feel tired, Magnetic North’s production injects new life into it.  The audience leaves with plenty of food for thought.