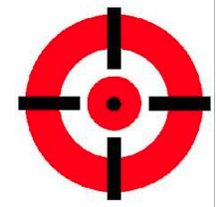 [rating:3/5] Fight fear with love and maybe we'll all get on a bit better in the world. Clearasil won't get you laid no matter what the shiny box in your living room tells you, so you might as well look elsewhere for pleasure in life.

The modern world has us in a constant state of fear, whether we acknowledge this fact or not. This fear makes us buy products, behave in a certain manner and stops us stepping out of line. Jamie Griffin hits this giant shiny nail right on the noggin, in his new stand-up show War on Fear showing as a one off at the new G21 venue hosted by Tighlaced Theatre Company.

The show comprises of Griffin’s past experiences with girls (“no guy cares about eyelashes”), dyslexia and the war on… well everything. The over use of the “war on” prefix is a major part of his show and his explanation of the term “war on plaque” taking things too far rings bloody loud bells in the ears of the audience as it’s something that angers many of us.

Griffin has a personable style, like a seasoned pro. His presentation is light and he brings the audience in to him as if he’s an old friend. The only downfall of his show is the material itself. Although the execution is witty, a lot of the jokes have been seen before and for such a talented performer it didn’t seem up to the appropriate level. Some original observations and more off the wall ideas would have culminated in a night to remember rather than reminiscing about other comics you may have seen. Work clearly needs to be done on the act but the wheels are already in motion and the ending of the show speaks volumes. Fight fear with love and maybe we’ll all get on a bit better in the world. Clearasil won’t get you laid no matter what the shiny box in your living room tells you, so you might as well look elsewhere for pleasure in life. Wise concepts.