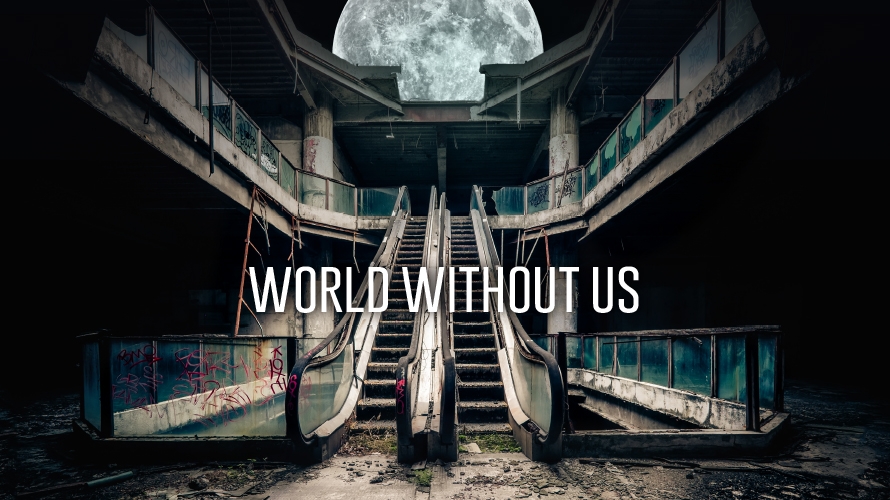 Experimental Belgian theatre company Ontoerend Goed presents World Without Us, a meditation on a world post human existence. Narrating the gradual disintegration and eventual collapse of all human presence, a picture is painted of a crumbling civilisation.

Presented on a bare stage with only a large time capsule and a lone performer, Valentijn Dhaenens, the potential insignificance of the human race as the centuries pass by is laid out in a world where no human memories remain. Is what happens to the world post-humanity relevant to us? It is difficult to engage with a reality in which we, or our descendants will have no part to play aside from enduring plastic micro beads and bar counter-tops, which to the narrator call to mind intimate conversations over a drink, but in this world will be utterly meaningless.

A long monologue felt at times like a documentary hypothesising the collapse of human invention, without the visual element, often playing on the absence of light and other sensory aids. It felt odd to have this world without us somewhat contradictorily narrated by one of us, the clearly present human performer. Would another form of communication have been possible to convey this vision of a future world? Perhaps not, but it seems at odds with the world that is being depicted.

The piece moves on to a description of the Voyager, a spacecraft sent into orbit by NASA in 1977. Imagining this being discovered by another life form is utterly bizarre, what with its odd images depicting humans eating, an eclectic mish-mash of music clips and diagrams depicting the human form. The projections of these images seemed almost psychedelic after the darkness of the world empty of humans.

World Without Us calls to mind questions of whether human existence is futile given the havoc the human race wreaks on the environment, other species and of course each other.