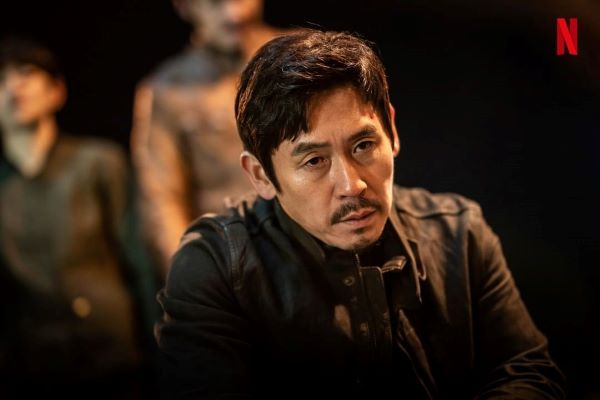 A violent and fast-paced film with engaging characters

Hyeon Na is a director, actor and screenwriter. Yaksha: Ruthless Operations is his second feature. A violent and fast-paced film with engaging characters. Essentially a buddy movie set in the fractious world of North-East Asia. The action takes us from Hong Kong to the Chinese city of Shenyang. Shenyang is an industrial city, not far from the Korean border, which has become a North Korean hub.

Yaksha: Ruthless Operations revolves around the relationships between Ji-hoon, an upstanding prosecutor, played by Park Hae-soo, and Kang-inn aka ‘Yaksha’ played by Sol Kyung-gu. A Yaksha is a human devouring spirit, but a spirit that may also be benevolent. These two men are opposites that circumstances have thrown them together. Yaksha is the leader of an undercover South Korean group that prosecutor Ji-hoon has come to investigate.

They are an odd couple. The prosecutor Ji-hoon is a man of ethics to the point of always wearing his seat belt even when running for his life. In contrast, Yaksha seems willing to kill on a whim yet inspires absolute loyalty from his team. Their nemesis is a spymaster, played by Japanese actor Hiroyuki Ikeuchi. Most characters are spies but we also meet the city’s underbelly in the charmingly evil Eleven.

Hyeon Na has created a fascinating world of bluff and double bluff. Although there is torture and murder these are treated with a lightness of touch. The James Bond films similarly combine the threat of total annihilation with humour.

When the prosecutor is cornered and told to jump to safety, he prevaricates as he is afraid of heights. When he is being hunted every passer by seems to receive his photo on their phone. We discover that Yaksha’s beautiful lover is a North Korean spy, played by Lee El. The couple ignores any conflicting interests. The plot is pleasingly circular with the prosecutor eventually outwitting a politician who humiliated him during the film’s opening sequence.

The film ends with Yaksha making a phone call while walking along the bank of the Thames. He tells the prosecutor to come immediately because there is another, even more, cunning enemy to defeat. Thus suggesting that this film could start a franchise.