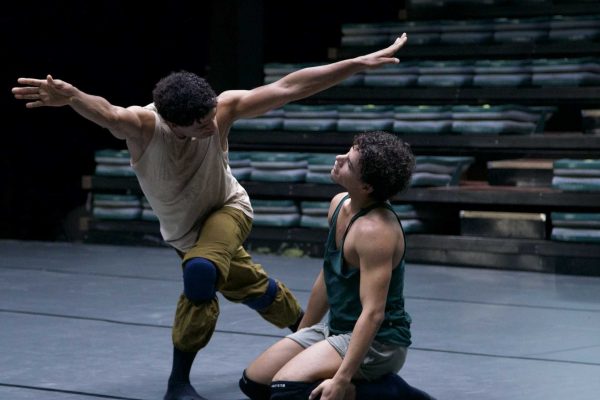 A ballet biopic might seem like a hard sell at first glance, but a passionate and flamboyant story and a talented creative team with a proven track record mean that this life story of trailblazing dance superstar Carlos Acosta demands attention. Framed as wistful recollections during rehearsals for a triumphant return to his home city of Havana with his semi-autobiographical ballet Tocororo, Director Icíar Bollaín and her writing partner Paul Laverty touch on themes of class, masculinity and black identity in collaboration with their subject. The result is patchy in places, but satisfyingly ambitious and consistently fascinating.

Yuli follows the life of Acosta from adorable but unruly child (played by a sensational Edlison Manuel Olbera Núñez) growing up in poverty in Havana, to revered ballet legend, via his becoming one of a handful of breakout stars from that hermetic world. It’s a familiar tale of rags to riches, with the twist that the unfeasibly talented Cuban is a reluctant genius. It’s his gruff, uber-masculine father Pedro (Santiago Alfonso) who coaxes, bullies and threatens his wayward son into following a somewhat vicarious dream. The story becomes as much a contextualisation of this complex, combative relationship as a victory lap.

Not one to waste the talent at her disposal, Bollaín depicts both tender and terrible moments between father and son through dance. Acosta himself symbolically adopts the role of his father and these scenes are full of raw emotion; as eloquent as any standard depiction can be. Pedro sees his son’s talent as an extension of the warrior spirit he believes courses through their veins and these dances pulse with dangerous energy.

These scenes are apposite with other moments where Acosta himself challenges the verisimilitude of his own tale. A scene in which Pedro and young Carlos bond during a stroll through the ruins of the plantation on which their recent ancestors were slaves is revealed to be fiction. Similarly, Acosta’s move to the Royal Ballet in 1998 is illustrated anachronistically with the noticeably 2018 version of the London skyline. The message seems to be that any version of your life can only be an interpretation, and that its unavoidable to indulge in myth-making, just as his father did.

The hidden star of this fascinating film is director of photography Alex Catalán who excels on every level here. He captures the slums of Havana with grace and grit, getting up close with the rough and tumble of young Yuli‘s puckish effervescence, and his swooping work during the dance sequences are as serene, lithe and nimble as its subjects.

Despite the massively impressive dance sequences and the playful meta-narrative, Yuli occasionally become schematic in its storytelling, although it avoids the polemical sentimentality of Bollaín and Laverty’s previous collaboration, The Olive Tree. It rather rushes through Acosta’s adult life, foregrounding the father and son relationship in a way that is occasionally repetitive and sidelines the other less abrasive members of the Acosta family, particularly when they are touched by tragedy.

Nevertheless, Yuli is an often irresistible take on the life of an artist where the subject is as interesting as the work for which they are celebrated; no mean feat given the glut of worthy but turgid biopics we’ve seen recently. It also makes ballet appealing and enticing for non-enthusiasts.