January is the month of Burns Night, with a whole load of literary happenings in honour of this, the bard’s 253rd birthday.

January is the month of Burns Night, with a whole load of literary happenings in honour of this, the bard’s 253rd birthday.

Neu Reekie, a regular night in the capital showcasing poetry, short film and music with a good helping of craic, is sharing the celebration of Burns birthday with a tribute to much-missed Edinburgh writer and poet Paul Reekie who died last year. This night is worth it for the raffle alone, (you’ll just have to go along to see what that means) but Kevin Williamson’s performance from his Burns-based Fringe show, with films from poet and film-maker Alastair Cook and some rare footage of Paul Reekie performing makes this an unmissable way to celebrate two of Scotland’s favourite literary sons.

Scotland’s Makar Liz Lochhead is appearing at Shore Poets, at Edinburgh’s City Cafe (which does a mean diner-style meal too) alongside Ian McDonough and Jennie Renton.

In Glasgow the CCA is holding an event with author Ewan Morrison discussing The End of Books on Thursday 19th – and while you are there, you can browse the arty Aye Aye Books and eat in the (literarily-titled) Saramago Cafe.

Look out for the programme of this year’s Aye Write! Festival, based around the Mitchell Library (Europe’s largest municipal library) in Glasgow – it will be launching in The Herald on Saturday January 21st – with rumours circulating online that one of this year’s Costa Prize winners will be appearing.

Hundreds of literary events across Scotland are supported by Scottish Book Trust Live Literature Funding. If you would like to organise a not-for-profit author event of any kind you can apply for half of the fee and expenses. Find out more about how to apply here. 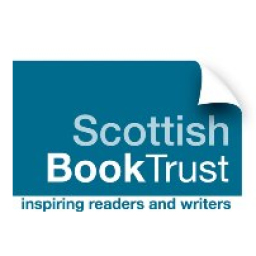 Lau fiddler tells us about his astonishing year-long composition project

Promise of mystery and the macabre goes terrifyingly unfulfilled