Egypt’s next to Iran right?

When Britain’s students and intellectuals riot we get broken windows, rock star’s sons climbing monuments and royal couples being poked with a stick. In Egypt the get deaths, burning cars and a sense of impending political doom.

Whilst David ‘Tweedledee’ Cameron and Nick ‘Tweedledum’ Clegg didn’t see any real effect on their regime, Egypt faces the real possibility of being dragged through political turmoil with an extreme right party watching intently on proceedings.

The worlds 24 hour news networks quickly set up round the clock bulletins on what was happening. On the whole these were informative and stimulating slices of journalism. All was going along well until the Fox news machine took over. The Republican Tea Party of the news world swarmed in on the debate with conclusions of an immediate fundamentalist takeover and a variety of shots featuring ordinary Egyptian men described as possible terror threats and arms dealers. To round of this concise and endearing news, the Fox News map had Egypt neatly placed where Iraq should be, beside Iran. Putting all those dangerous countries in a handy baddies section of the world.

Fox News is a lazy and misinformed network at the best of times but moving Egypt to be placed in a neat ‘Terrorist Piñata’ with those other ‘Jihadi’ countries takes the biscuit. The worst part is many hick Americans lap up this hysteria through a haze of fried chicken, Budweiser Light all the while stroking their cousins hair. If you think that is a sweeping generalisation wait until Fox News decides to rename the middle east as Jihad-with oil-istan. 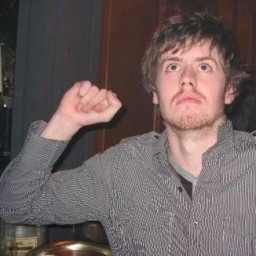