Patrick Harley speaks to Jonathan Clements about Scotland Loves Anime and what makes Japanese animation quite so unique.

For two decades, Jonathan Clements’ passion for anime has seen him cast an eye on the industry as both a fan and an insider. Often working as a translator and voice director for UK distributors, his long-running column Schoolgirl Milky Crisis was titled after a fictional TV series, allowing him to share his experiences uninhibited by the dangers of non-disclosure agreements. In addition to also being the writer of last year’s Anime: A History and co-author of The Anime Encyclopedia, Clements is regularly involved with the organisation and hosting of the annual Scotland Loves Anime festival. We spoke to him about what makes the event and the genre so unique.

You’ve been involved with Scotland Loves Anime since its first festival in 2010 and the medium is, of course, very close to your heart. How important do you think festivals like this are in terms of showcasing the art form? Do you think the event helps to draw in new audiences?

Everybody gets what they think they want in new media: “narrowcasting” means that shows cater to ever smaller groups of dedicated fans, but the unforeseen consequence of that is that some niches have slipped entirely beneath the radar. There are people out there who would just love something if they only got to know it existed, but increasingly we find ourselves in a situation where you actively have to seek your entertainment out. I think festivals like SLA are vitally important in dangling these things in front of regular punters and people waiting at bus stops. Some of our data from previous festivals was showing 30% walk-ins. That’s a big deal in a 600-seater cinema.

You’ve spoken in interviews before about the power of seeing anime as intended – on the big screen. Do you feel that, even for hardened anime fans, there is always something special about the cinematic experience? I imagine this will be the first chance many of the audience will have had to see something like Ghost in the Shell or Royal Space Force: Wings of Honneamise projected at full size.

Cinema is worth celebrating. Not just the sense of community we get at the real fan favourites, but the increasingly rare opportunity to see a giant robot that really is giant and to hear a sound system that, trust me, packs significantly more wattage than the one you’ve got at home. Come and see Appleseed Alpha with all those gunshots and helicopters coming at you from all directions and try telling me that it would be the same on your laptop!

I never cease to be surprised by the number of hardcore fans, and I am talking about people in their twenties who are active on the forums, who say that this is the first time they have actually seen an anime in a cinema. So I like that.

In your opinion, what is it about Japanese animation in particular that has fuelled such a vibrant and well-loved industry, distinguishing it from other forms of the genre – does it lie in cultural roots, or in the execution of the art itself? Maybe those two aspects are impossible to separate; art critics often say that work made without the original intellectual background is kitsch. Could any other nation do anime as well?

Anime is Japanese by definition, so no, no other anime could do anime as well, or indeed at all. Everywhere else, it’s just cartoons, a fact which regularly gets me intro trouble with Hollywood producers who think if they make a cartoon with big-eyed girls with guns, that will somehow tap into the Akira market.

Something like Ghost in the Shell is deeply rooted in philosophies of the mind and the political economy of post-modern states; it just also involves a game of Spot the Basset Hound, should you be so inclined. And Giovanni’s Island is a fascinating exploration of how much cultures can share beyond language, or rather how things like music and maths can be a universal language. But anime is an entire medium, so of course there’s trash alongside the treasure. We’ve got teen flicks, we’ve got schlocky horror too – Bayonetta should do the trick there. I do think that anime’s cultural background is one of the things that makes it so appealing to many. Wings of Honneamise, for example, is a very different take on the space race, literally taking place on another planet, because the Japanese felt so far removed from all that “right stuff” bilateral competition of the Cold War.

So yes, anime is Japanese. The Chinese and the Koreans keep trying to clone it, but they still have a long way to go. Although I would love to see a Chinese strand at SLA some time, not just celebrating Chinese output, but also the many Chinese animators who work below the line on “Japanese” films like Ghost in the Shell.

Your recent book, Anime: A History, contains a lot of background about the genre’s roots, prior to the 1963 Astro Boy series that is often considered the start point of modern anime. Would you like to see more early Japanese animation in festivals like SLA, or do you think that ground is best covered elsewhere?

For years, the festival director [Anime Limited‘s Andrew Partridge] has been taunting me with his attempts to get a famous propaganda film from 1945, which he knows is one of my favourites. We’ve been thwarted every year by various obstacles, but I have a good feeling about next year. The appeal is limited, of course – it might end up just being three men and a dog in the audience – but I think many fans, like me, reach a certain point when it’s not all about what’s new-new-new, but about important historical milestones for the medium.

I mean, we’ve got Ghost in the Shell this year and Wings of Honneamise, both of which are older than most of the audience, but both of which really stand up well. That digital remaster helps, of course, but also the great thing about anime cinema is that you can see the budget up on screen.

Finally, do you have any recommendations from this year’s programme – perhaps something to ease in the newcomers, as well as events the veterans cannot afford to miss?

If you’re a total newcomer, throw yourself in at the deep end with Ghost in the Shell. You’ll get to see it in a cinema which will put you ahead of many old-school fans who’ve only seen it on telly. If you’re a veteran, we’ve got Giovanni’s Island in Glasgow with the director Mizuho Nishikubo on hand, and a highlight on Studio Bones in Edinburgh, with producer Masahiko Minami.

SLA prides itself on bringing over the people who make anime to Scotland and then stuffing them full of whisky and haggis. Chances to actually hear them speak about their work are incredibly rare, even in Japan. Also, there’s always the Edinburgh Mystery Film, which is usually something pretty awesome, and often a Scottish premiere in its own right. 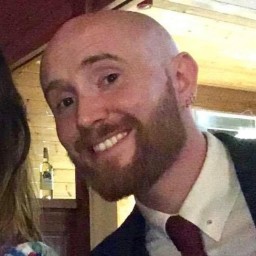 One thought on “Interview: Jonathan Clements”