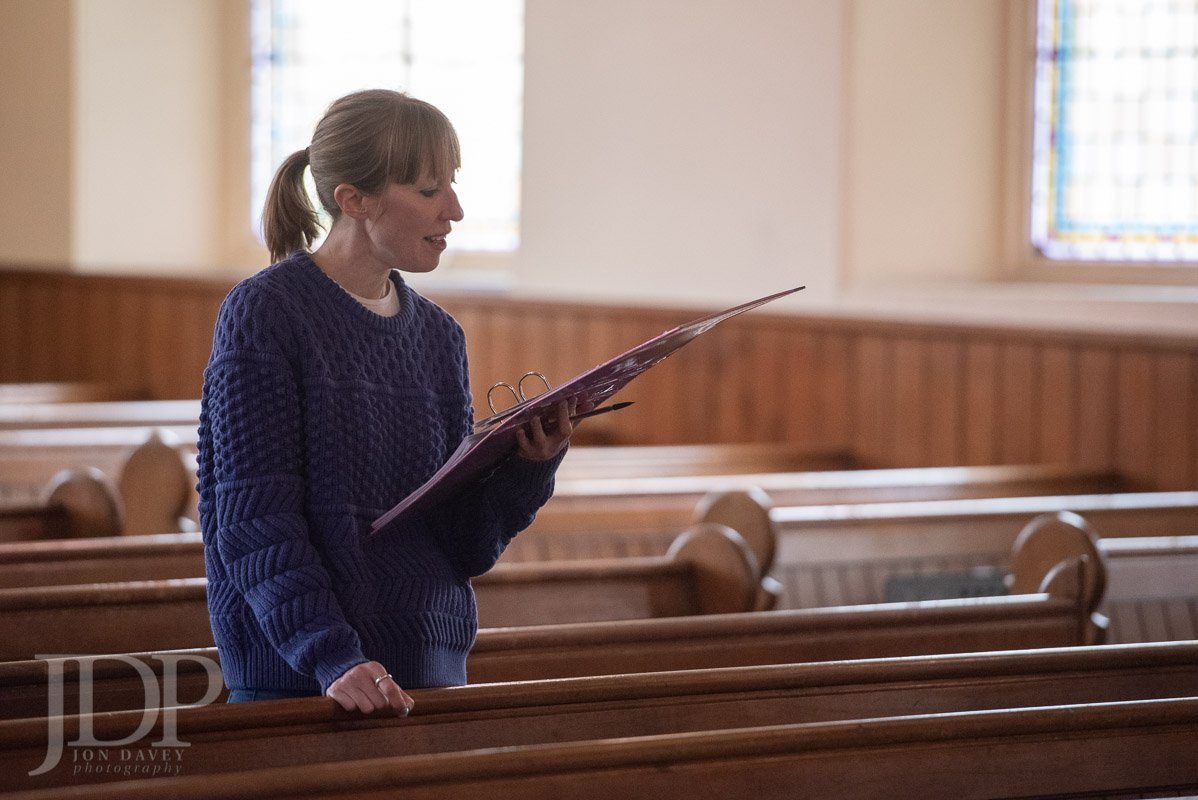 Claire Wood sings songs of praise for The Lark's heroine

We spoke to Director Claire Wood about the Edinburgh Graduate Theatre Company's upcoming production of The Lark, Jean Anouilh's inspiring play about Joan of Arc.

For those of you who regularly take a gander at The Wee Review’s Theatre section, the name Claire Wood may ring a bell. A long-time writer for TWR, the tables have now turned as she directs the Edinburgh Graduate Theatre Group (EGTG) in their latest production, The Lark. Originally written in French by Jean Anouilh in 1952, Gill Taylor’s translated version of the drama takes centre stage at the Bellfield in Portobello. We spoke to Claire about her time with the company, the challenges she faced as a director, and future plans for herself and EGTG – including the Edinburgh Festival Fringe 2019.

When did you join the EGTG?

I joined EGTG when I moved to Edinburgh 22 years ago. My first task with the group was  doing front of house for a production of The Wind In The Willows.

To date, what has been your most memorable experience as part of the group/favourite show (other than The Lark of course!)?

My most memorable show to date is a tricky question as most of them are memorable for one reason or another. But a play called 4:48 Psychosis by a wonderful writer called Sarah Kane has a special place in my heart. It’s written as a continuous piece so the director has completely free rein to cast as many people as they want and split up the lines anyway they like. The play is a delving into the mind of someone experiencing psychosis and I remember an audience member approaching me months later and apologising for having left the show early. She said she felt like she was going mad watching it. Possibly wrongly, I took that as a compliment!

What is the process behind choosing a production for the EGTG?

When did you first come across the play by Jean Anouilh? What made you want to put on a production of The Lark? Have you read the original in French?

I studied French at school and think I bumped into Anouilh then and read a bunch of his plays. I love the tale of Joan of Arc on all sorts of levels and like the fact that Anouilh doesn’t impose his own opinions onto the action of the play to the extent that someone like George Bernard Shaw does. I haven’t read the original script in French to my shame but one of our cast members is French, has read Anouilh’s script and reckons Gill Taylor’s translation is brilliantly faithful to the original.

What can you tell us about the play: What are the key themes?

There’s a lot going on in this story. The fight between church and state for pre-eminence. The fight between England and France for control over French soil. The debate between those who believe God guides their every action and those who believe in free will. And the stern astonishment of the patriarchy at the girl who dares to question their presumed right to govern. But above all, this is a story about a woman who chooses not to conform to society’s expectations – and the consequences she has to face. Joan was tried and burnt in 1431 butcher story continues to feel incredibly relevant.

What do you hope audiences will take away from the production?

One of the characters has a line in the play: “when a man can keep his dignity and purpose in that loneliness, in that silence of a vanished God, that is when he is truly great.” I look at people today like Malala or Greta Thunberg, fighting all sorts of establishments for the cause they believe in. Joan came from a tiny French village, persuaded a local soldier to give her a suit of armour and an armed escort, pitched up at the king-in-waiting’s gate, persuaded him to let her lead the French army into battle, hammered the English in that battle and got her wannabe king crowned. She was properly unstoppable. I’d like to send people home with the thought that it’s always worth trying, even when it seems that everything is stacked against you. As the world’s temperature rises, this seems like a pretty important message.

What made you and the team decide to opt for a contemporary music playlist (featuring the likes of Arcade Fire and Hozier)?

The music is a happy combination of the minds of our wonderful Choir Leader, Elizabeth McColl and our multi-talented Musical Director, Neil Colquhoun. We hope that the mostly contemporary playlist will help to point up the relevance of this story today.

Regular The Wee Review readers are used to you being the one reviewing a production, rather than directing one. Now that you’re on the other side of it all, what do you hope for/expect to see in a review?

Hah. Excellent question! Lots of stars. I love a considered review. It’s always really interesting to get feedback on a production. We’re venturing off the beaten track with this choice of venue. I was really keen to locate this story in a church, for one in recognition of Joan’s conviction that she was hearing God telling her to lead the French army to victory and for two, as it’s ultimately the church that put her on trial. Site specific theatre comes with its own challenges so I’m extra interested to see what people make of it.

What was the most challenging aspect putting on this production?

The most challenging aspect has been entirely personal. The transcripts from Joan’s trial have survived the intervening 600 years so we know an extraordinary amount about her story. I haven’t had nearly enough time to read as much as I’d like. Though my cast are possibly quite grateful for this as at early rehearsals, I was quoting to them from history books before they got to do anything else.

What do you hope to achieve in the future in terms of directing/play-writing? Why did you opt for directing a play written by someone else this time, rather than one of your own?

It’s been an interesting exercise directing someone else’s work following two Fringe productions I’d written myself. I’m reminded that working with someone else’s words calls for more work up front to make sure you fully understand the story. But it also avoids the pretty much continual fighting with yourself (myself!) about whether this or that section really works as that’s the published script. That said, I hope next up will be something I’ve written. I haven’t written it yet but I’ll figure that out next again week.

And finally: Shall we be seeing you, EGTG or a Claire Wood original at the Fringe this year? What did you take away from the experience last year?

Two EGTG shows in the Fringe. Shakespeare’s classic The Merry Wives of Windsor and Mark Ravenhill’s fabulous Pool (No Water). Both brilliantly funny though in quite different ways!

My show last year was another exploration of gender expectations and featured a cast of three teenagers, two primary school aged children and a collection of adults. Having such a mix of ages on stage together fostered a wonderful camaraderie and I’ve tried to recreate that again with this show!

Edinburgh Graduate Theatre Group’s production of The Lark is at the Bellfield between the 4-8th June 2019.