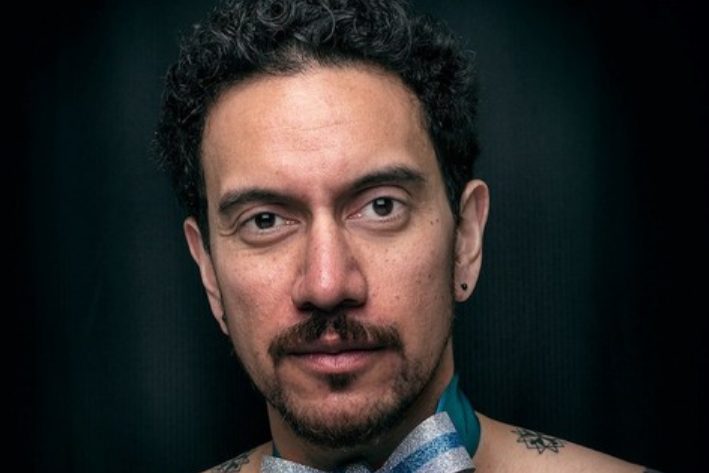 James Nokise is a comedian, podcaster, and playwright from New Zealand. A natural raconteur, he’s equally adept as a satirist, having created the political comedy show Public Service Announcements. More recently he’s joined the roster of guests on the Bugle and it’s sister podcast, the Gargle. We spoke to him about his new Fringe show ‘God Damn Fancy Man’, some memorable Fringe moments, and making the best of the pandemic.

Surreal. If you asked me how I wanted to start the 2020s; losing my flat in London and being stuck in NZ and Oz for 2 1/2 years wouldn’t make the list. But also, in the current times that sounds awesome to a lot of people, so it’s hard to complain about.

Can you tell us about ‘God Damn Fancy Man’?

It’s a real joyful show about some not so joyful stuff, and it lets me introduce an audience to my favourite band of all time; Frightened Rabbit. Although, that’s not such an issue in Scotland!

I just want to catch up with people and not get too sick, sincerely. I lost friends and family in Edinburgh during this stupid apocalypse, so I’m coming to reconnect, grieve, and then have as much fun with my audiences as possible coz, f**k me if this isn’t a privilege. It’s a real different vibe to how I’ve approached any fest, but you know… the goddamn times.

Have you had any really memorable Fringe experiences, good or bad, either as performer or as an audience member?

Actually I remember early on in Fringe visits.. I think the second show I ever brought.. there was only four people one night because #edfringe. They were a Māori political artist from New Zealand and his wife, and a woman whose father was arrested for throwing eggs at Margaret Thatcher, and her friend.

So I gave them tickets to come back and see the proper show another night, and we just sat on stage together for the time I had and shared stories about our families. You take those moments when they come.

Can outspoken drunks count for both?

You’ve recently joined the Bugle’s roster of guest hosts. How did that come about?

Look, there’s a special place in my heart for Andy Zaltzman, but I don’t think he’d ever let such a staunch New Zealand cricket fan take the helm. At least not until the next World Cup has passed.

Laura Davis has a killa show, that I think performers as well as audiences should check out, and she’s fresh off a [Melbourne International Comedy Festival] nom.

Alice Fraser needs no introduction to Bugle audiences, and also has a brand new show for the many Gargle fans to enjoy.

James Roque is doing some really fun stand-up on the Philippine diaspora that will be something different for UK audiences.

Nic Sampson is also doing his debut in Edinburgh, and is one of the most unique and sharpest minds to come out of NZ.