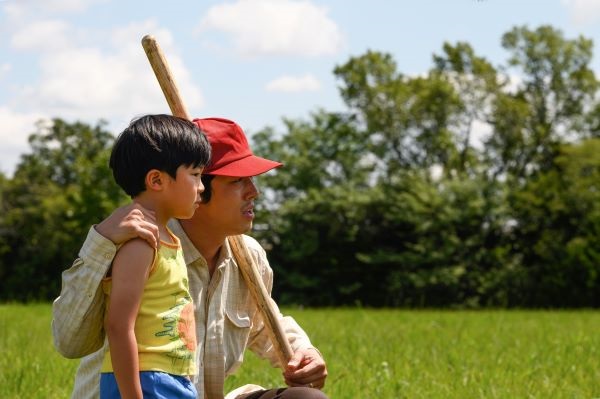 For those of us who are frequent attendees of the almost countless festivals that pepper the Central Belt throughout an ordinary year, Glasgow Film Festival 2020 was the last stand of normality before COVID-19 ground the country to a screeching halt. Happily, the 2021 festival has escaped the fate of so many big events since last March and will take place from 24 Feb to 7 Mar, albeit in a slightly truncated form. Originally intended as a hybrid festival that would take place in cinemas and online, GFF21 will now take place in an entirely digital capacity. This is due to the most recent government restrictions which continue to tighten further on an almost daily basis.

World premieres include Anthony Baxter’s Eye of the Storm which follows the last years of the painter James Morrison, and Poly Styrene: I Am A Cliché; an exploration of the life of the late, lamented, and very much legendary vocalist of X-Ray Spex. Also featuring is the UK premiere of Creation Stories written by Irvine Welsh and Dean Cavanagh, and starring Ewen Bremner as Alan McGee, the founder of Creation Records. Other home-grown highlights include David Whitney’s Killing Escobar, which reconstructs Scottish mercenary and ex-SAS operative Peter McAleese’s mission to assassinate Pablo Escobar, and Limbo, which is the second feature from Scottish director Ben Sharrock and the first to ever shoot in Uist.

The Country Focus strand this year highlights South Korea, with five UK premieres. These include Our Midnight, the debut feature from director Jung-eun Lim, crime caper Voices of Silence, and the country’s entry for the 2021 Oscars, The Man Standing Next. While unlikely to match Parasite‘s achievements at the awards, the Academy loves a conspiracy thriller and Min-ho Woo‘s film has the benefit of a star turn from Lee Byung-hun (Joint Security Area, A Bittersweet Life, I Saw the Devil).

Finally, six films are up for the festival’s only award – the Audience Award.  These are Zoé Wittock‘s Jumbo, starring Noémie Merlant, Marley Morrison‘s Sweetheart, Lili Horvát’s
Preparations to be Together for an Unknown Period of Time, Anders Ølholm and Frederik Louis Hviid‘s Shorta, black comedy Redemption of a Rogue, which is the debut feature by playwright Philip Doherty, and the documentary Castro’s Spies from directors Ollie Aslin and Gary Lennon. The Glasgow Film Festival Audience Award 2021 will be voted for by the festival audience and the winner revealed on 7 March.

Tickets go on sale from 12pm on Mon 18 Jan online. More information is available at glasgowfilm.org./festival.