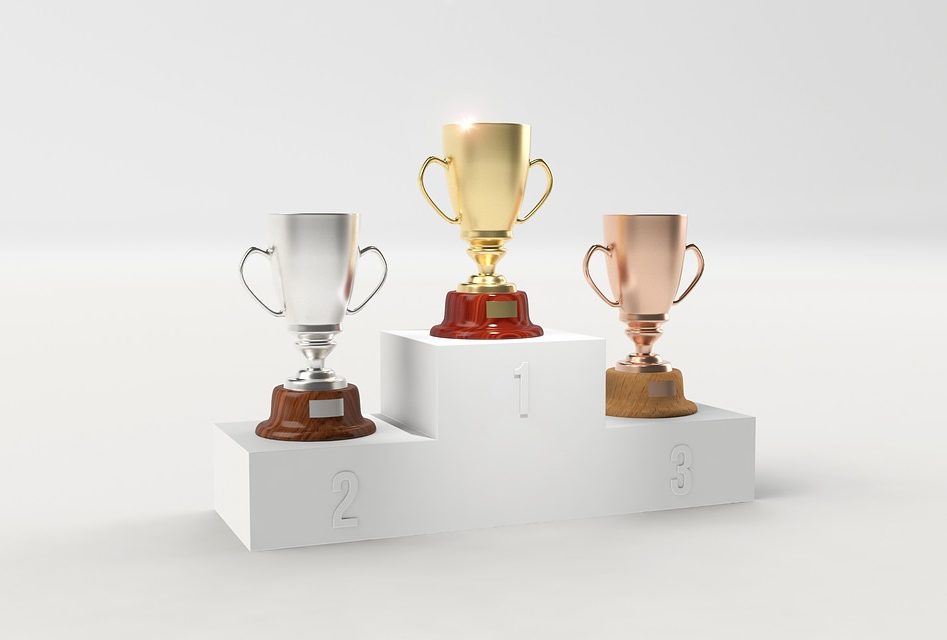 The Wee Review announces the winners of its three Fringe awards for this year...

The winners and runners-up have been announced for the 3rd Wee Review Fringe Awards.

The reason behind the awards is not just to reward the Best This and Best That and Most Something-or-other, but also to highlight shows that are surprising, ridiculous, unusual, inexplicable, unbelievable, provocative, bizarre or daring in some way.

There is no money in it. No trophies. Not even a laurels image you can stick on your flyers (unless you want to make your own). Just some very minor glory and a virtual pat on the back from the Wee Review team.

So the winners, with citations from the nominating writers, are:

The Fringe Zeitgeist Award will be given to the show that best captures the social and political issues of the day.

Prom Kween – “The musical is inspired by the story of Matthew Crisson – a US school student who identified as gender non-binary and who, in 2016, was elected prom queen… [It] is as flamboyant as you can imagine. Every minute is punctuated with dance moves, glitter flying, costume changes and wigs galore… [It exists] to not only showcase LGBT culture, but to celebrate it as loudly and unapologetically as possible.” [Matthew Keeley]

Kieran Hodgson: ’75 – “In the wake of the recent Brexit vote, Hodgson’s relationship with his dear old mum apparently took a tumble, and he uses this familial rupture as an excuse to delve back into the annals of time and uncover the root cause of the issue… It’s breathless, it’s bonkers and it’s often high-brow, making it sometimes hard to keep up with the pace of Hodgson’s runaway intellect.” [Jonny Sweet]

Ulster American – “Ulster American is a very exposing performance. We see artistic conflict and ignorance laid bare. Nationality and identity is discussed with bold and forceful language, making the performance provocative and revealing… David Ireland has written a funny and important play that feels fresh and completely relevant in 2018.” [Beth Blakemore]

The Fringe Groundbreaker Award will be given to the show that advances perception of what is possible in a performance.

User Not Found – “A site-specific piece in the Jeelie Piece cafe, which made excellent use of sound in combination with technology to pose questions about digital legacy. We all had phones on our laps, with “pictures” synced with the story, as well as live acting. Very smart.” [Claire Wood]

Wrenne: I Said Yes To Everything – “Part-multimedia, part-music show, part-physical theatre, and part-miscellaneous – it results in something that is more than the sum of all these parts.” [Matthew Keeley]

Egg – “Struggling to conceive, Carol asked Sarah to donate her eggs. Egg tells their story in a magnificent piece of theatre that combines music, aerial artistry and other visual mediums.” [Beth Blakemore]

The Fringe Experience Award will be given to the show that provides the most memorable and extraordinary experience at the Fringe, be it good, bad or plain strange.

The Piece – ” ‘This isn’t for everyone,’ says Rich Templeton out of character as we arrive. He’s not kidding… A parody, of sorts, of immersive theatre and performance art, it’s also plain old Fringe weirdness… with reactions ranging from full-on cracking up to nervous laughter to head-scratching. It’s definitely not one you’ll forget in a hurry.” [Robert Peacock]

A Cockroach and Furry Blurry Fluffy Things – “The most deeply charming show of the festival this year? The too-cute-to-compute gauntlet has been thrown. A cockroach – not a creature of delight, usually – enters a box of pineapple cake in Taiwan, and so begins an unlikely voyage away from his cockroach pals, across the sea to London. The artistry of Team Furry Tails, a group of three young Taiwanese artists, is evident in every facet of this inventive and whimsical production.” [Katie Craig]

The Swell Mob – “Very few pieces of immersive theatre are genuinely that – and leave each audience member with their own unique version of events… I’ve seen it twice now, and it’s better second time round. A proper whodunit crossed with an escape room crossed with immersion! Ace.” [Claire Wood]