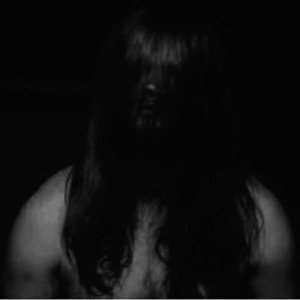 You get silenced a lot in The Piece. An artiste is at work, you see. Doing what, we’re not exactly sure. It’s avant-garde, it’s “difficult”, it’s a happening. Mainly, it’s sniggeringly funny.

“This isn’t for everyone,” says Rich Templeton out of character as we arrive. He’s not kidding. We’re given safety glowsticks (to be held up if we don’t want to interact with The Artist), we’re given Stars and Stripes bandanas to use as Blindfolds of Sensory Denial* if we want to “heighten the experience”, we’re told we can leave at any point.

If that puts fear in the heart of the Fringe-goer, the emergence of The Artist reassures us that this is all strictly comedy – in our heads, if not in his head. A mess of scraggly red hair and jerky limbs, he emerges into the room demanding silencio before staging a series of artistic interventions.

He dons a Trump mask and straddles a globe for some sort of satire, he puts on two pairs of sunglasses for some cutting slam poetry about rednecks, he frequently removes his Stars and Stripes leggings to reveal… more Stars and Stripes leggings. Between times, he’s tickling us with a feather duster or dabbing us with a sponge, demanding “silencio” aggressively if we so much as giggle.

It’s best not to think what any of this is about. There’s nothing deep here, just experiential madness to be lapped up or avoided, depending on your level of tolerance. The post-show Q&A only creates more questions – we don’t know if we’re talking to the artist or the performer behind the artist. Even Templeton might not be entirely clear on that one.

A parody of sorts of immersive theatre and performance art, it’s also plain old Fringe weirdness. It’s doing something right. The room’s full and apparently has been throughout the run, with reactions ranging from full-on cracking up to nervous laughter to head-scratching. It’s definitely not one you’ll forget in a hurry.