If the Fringe is about taking risks and never settling for the same old thing, then Ewan Spence asks whether its time for some drastic action

And that, as they say, is that. Edinburgh says goodbye to the Fringe for another year, PRs work hard to show growth and expansion, performers retreat to tend to their overdrafts, and paying punters wonder how £100 can disappear in a single night of “people they’ve seen on the telly”; I’m left with a bigger question.

Is the Fringe too long?

Specifically, is the four-week run from arrival and tech, through previews, and then a full run, demanding too much from the arts world? It’s long, stressful, expensive, and takes years to see a return, and with so much of “the game” about perception, nobody wants to be seen to be doing a “short run” no matter how damaging it is.

In which case, for the good of the Festival, should the Fringe Society act unilaterally and cut the dates back by a week? Would the ability of acts to be discovered be significantly diminished if seven performances were dropped?

There would be a drop in ticket sales but there would also be a drop in associated costs, most noticeably in the cost of accommodation (and perhaps in the bar tabs as well). With many performers resigned to the pact of doing a full run and losing money even with full houses every night, should there not be a duty of care to reduce those costs?

There would be losers, especially the larger venues who have a lot of sunk costs in terms of building temporary venues and creating huge outdoor restaurants and bars, but is the Fringe really about recreating a Glastonbury or a Download by trapping as many people as possible in Edinburgh University’s campus? No. It should be about supporting the arts and the shows that are put on.

The Fringe is a place to be daring, to take risks, and to challenge norms. Let’s tackle the biggest one of them all: do we really need an entire month of Fringe?

I would argue we do not. The long-term health of the Fringe would be better served in reducing the costs of performing at the Fringe. Dropping the last week cuts down on the expense of attending for all in a fair and equitable manner.

Or would we rather the Fringe is left to those with enough patronage to balance out the ever-increasing penalty of attending the largest arts festival in the world? 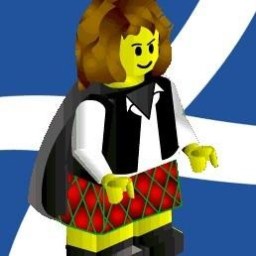 A dazzling display of talent and herstory