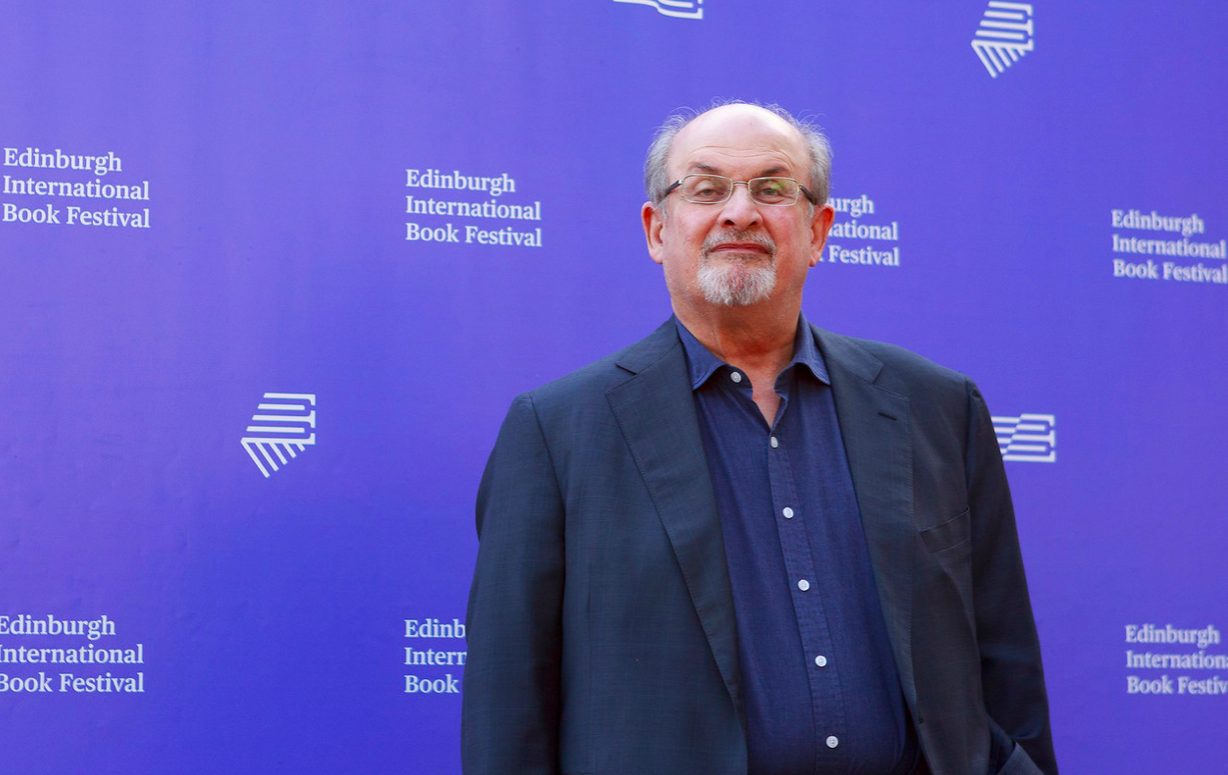 Salman Rushdie knows what he is talking about when he is talking about love. From his earliest works, he has written about this emotion. In his latest work, Quichotte, Rushdie thrusts people into his magically descriptive world. But today Rushdie speaks far less about the book than he does about the real world and the latest political scenarios of our times.

He speaks with knowledge about India, his country of birth, but also the UK and the US, where he now resides. Prodded by James Naughtie, Rushdie is relaxed, free and fearless. ‘I don’t live in America,’ he says, ‘I live in New York.’ His sardonic humour is intact, despite the upheavals in his personal life. In Quichotte, he has a hero that travels. He talks about the appeal of the picaresque novel, like Lolita or Easy Rider. There is an element of adventure and uncertainty in these stories. ‘But isn’t is a bit pointless?’, asks Naughtie. To which Rushdie goes on to explain the nature of the American people now and how this gave him the impetus to write.

Rushdie then turns to more serious business – like the sins of the American nation. This year marks the 400th anniversary of slaves arriving on the shores of America. And Rushdie argues that attitudes to race still need fixing, alluding to the murder of a young Indian-American by a white supremacist in 2017. He shares also the experiences of his interaction with Trump supporters and the importance of continuous dialogue.

Things have digressed a bit. But it serves to illustrate the myriad angles that Rushdie hopes to consider with his latest novel. It is already on the Booker Prize Longlist, and has been highly anticipated. It promises to be ‘quixotic’. And where else would a reader find a talking cricket that speaks Italian!?