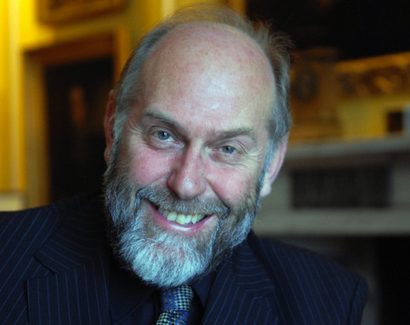 There are a few things Alistair Moffat has learnt from the experience of writing his latest book. “A sense of place is precious”, he shares, followed by, “we must keep the dead close”. He also says that we must always forgive ourselves and look after our friends. It is with these many such profound nuggets of wisdom that the audience are introduced to his latest work To the Island of Tides based on the Holy Isle of Lindisfarne.

Like Moffat’s other works, this book too follows the path of pilgrims. Moffat retraces their steps, and attempts to think their thoughts from all those centuries ago. Hearing him read a few paragraphs is as though the place for him has transcended that passage of time. In a way, he retraces his own steps too, as he shares that the first time he was there was as a teenager. Some light-hearted moments ensue as he decribes the tidal crossing, then and now.

This book is partly born of grief, Moffat was spurred on to write it after the passing of his granddaughter. This is tragic, but it is not so much spirituality he sought from this pilgrimage. He was trying to revisit the feelings that this place once made him feel. And surprisingly, he succeeds. “Being religious and living by Christian values, are two completely different things,” he opines. There is a probing question about this from an audience member and his reply is honest. While he is an atheist, he does believe in a presence or a power. And on Lindisfarne, he says, he is aware of something much bigger than him.

Some of the routes in the book are conjectural as not all of them still exist from St Cuthbert’s time – this work promises to be an other-worldly read. There is bound to be the signature Moffat, with wry humour and evocative place descriptions. But perhaps, this time also, a more secure connection to the spiritual.