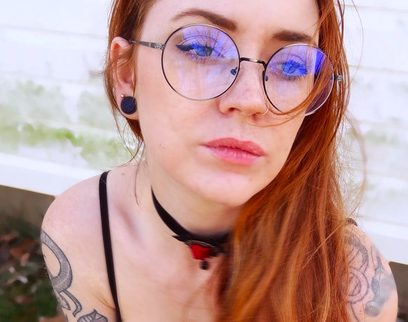 Animals Eat Each Other is the new novel from writer and editor Elle Nash. The book is released by local publishers 404 Ink and is nominated for the First Book Award at the Edinburgh International Book Festival. In 2018 Sarah Henstra released the novel The Red Word, which went on to win Canada’s Governor General’s Literary Award for Fiction.

There are obvious parallels with the books, both having 19-year-old narrators and both looking at relationships, sex and identity. In Animals Eat Each Other the narrator particularly stands out as they are anonymous. The story deals with a difficult polyamorous relationship, which opens the door to jealousy and violence. When asked why she chose to make the narrator anonymous Nash tells host Helen McClory that she “wanted the narrator to function as a reflective surface for the reader. I wanted people to relate to her and this is something people could do with a nameless character.”

Henstra is also asked about the narrator in The Red Word and why in particular the age of 19 is significant: “When I started planning the novel I began with the period when someone goes to university. There is something about the swirl of ideas that come about at this time. This is the time when new ideas and options are wide open for you.” The coming of age novel can be a cliché but Henstra goes onto state that she looks to subvert this by having a working class protagonist.

The event concludes with a lively Q&A where the difficulties of presenting rape and sexual assault in a personal, believable and honest way are discussed. Henstra notes that this is a challenge as what she writes isn’t always what people want to read.  Despite this, Henstra and Nash have written exciting novels that ask many probing questions.