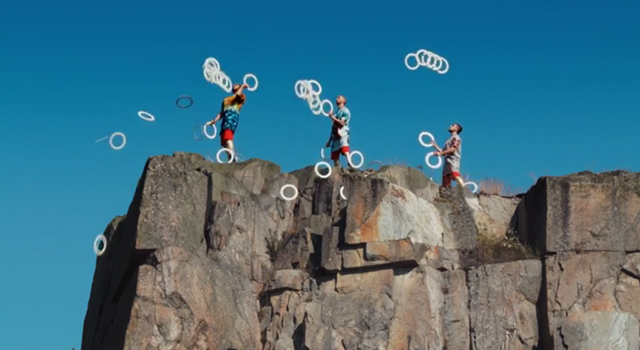 Clowns, ta-tas, tap dancing fools and nuclear disaster; Assembly Festival is back and better than ever.

Clowns, ta-tas, tap dancing fools and nuclear disaster; Assembly Festival is back and better than ever with acts to satisfy fringe-goers no matter what your bag is.

One of the most well known venues for Edinburgh Festival Fringe, Assembly’s comedy line up brings newcomers and veterans alike. Hyprov: Improv Under Hypnosis combines hypnosis and improv in a different take on your average comedy show. Headliners Colin Mochrie (3-14th) and Mike McShane (15th-30th) join forces with Asad Mecci, top hypnotist. The most suggestible audience members become part of the improv show offering a different performance every night.

Ron White: Live in Scotchland comes to the Fringe for three nights only. Best known for his part in the Blue Collar Comedy tour, the cigar-puffing Texan tells it like it is in his UK debut. Susie Youssef: Check Youssef Before You Wreck Youssef brings comedy fans an hour of jokes about family, anxiety and everyday life through various mediums including improv, dance breaks and sketches. Check it.

If you only see one theatre show this Fringe, make sure it’s Trainspotting. The The Wee Review favourite with fistfuls of five star reviews, sold out at last year’s Festival Fringe. Everyone knows the story. Boy meets drugs, followed by events that are at times both hilarious and tragic. Mind the toilet in the corner.

Another show that’s a bit out there (literally) is Last Dream (On Earth). A traveler on a beach in Morocco begins a life changing journey while decades earlier, a man gets ready to travel to space. The award-winning production uses immersive sounds, live music and stories experienced through headphones, taking viewers on a journey they won’t soon forget. Prefer to get your hands dirty in a bit of immersive theatre? Nuclear Family tells the story of two nuclear plant workers in the face of looming catastrophe who, along with the audience, are forced to make life and death decisions.

Hackney Colliery Band will definitely be one of the highlights for Assembly’s music line-up this Edinburgh Fringe. Previously the band performed in the Olympics Closing Ceremony, multiple award’s shows and a collaboration with Amy Winehouse. Now they come to the Fringe with a unique new set for 2016 including contemporary rock, jazz, soul and electronica to get you on your feet. For all of you cool cats, The Jive Aces with The Three Belles help fill that jive/swing hole in your life with upbeat music and electric energy on stage. Backed with an impressive CV, The Jive Aces have performed at Glastonbury and for the Queen. Not at the same performance unfortunately.

Sometimes you just need to tap it out and The Tap Pack are here for you. Like The Rat Pack, if they wore tap shoes. Funny, talented and easy on the eyes, this gaggle of Aussies are a great way to start a festival night out with a mix of classics and modern hits. With a tagline like “better than sex and as good as chocolate” the three expert jugglers in Water on Mars have a lot to live up to. The trio base their show around an experimental playground promising chocolate flies and backflips, giant card castles and magnetic jump-ropes.

With so many shows and so few days in August, you can’t go wrong with a variety show and Assembly has plenty on offer including Best of Burlesque and Best of the Fest. Edinburgh Festival Fringe 2016 is nearly upon us and as always, the Assembly program doesn’t disappoint.

For the full programme visit www.assemblyfestival.com