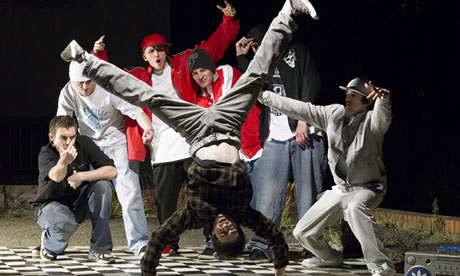 Get ready to dance! @ Festival Theatre this month

The Hip-Hop dance style has exploded in recent years with the highest intake of students in dance classes within the genre. What once started on New York street corners for a small minority has spread to nearly every corner of the world as we attempt to bust a move and keep up to date with the latest dance styles. Streetdance is one of the few forms that have such a vast array of different elements that are ever evolving, giving artists’ space to create something unique.

As the autumnal leaves fall in Edinburgh this year, the streetdance sensation also arrives in the capital with two shows at the Festival Theatre that will have us practising everything from the running man to the worm and back again. First up is Blaze which runs from the 21st October for three days. The show features sixteen top streetdancers from nine different nationalities, directed by award winning Anthony Van Laast (Mamma Mia and Sister Act).

If this isn’t enough visual stimulation for one night then there is set designs from the man who catered for Kanye West and Lady Gaga and also those who lit Michael Jackson’s “This Is It” tour. In all, Blaze looks to be an exciting glimpse into the modern world of hip hop and should demonstrate why the genre has become so popular.

After this visual spectacular a more down to earth feel arrives with the Breakin’ Convention 2010.  Jonzi D is back in Edinburgh to bring us the best crews from around the world and just around the corner. Sebastien and Raphael, from Perpignan and Berlin respectively, bring us contemporary moves and visual trickery to keep us on our toes. If that isn’t enough Phase T’s bboy battle style which won them 2nd place in Korea’s global contest will be displayed in a raw energetic stylie. Of course it’s also a platform for local crews to demonstrate their skills to the masses and a place to keep up to date on the goings on of the Scottish hip-hop genre. If you want to join in there will be interactive freestyle circles, DJs and Graffiti Art in the foyer before the show.

So, if you fancy some urban flair or want to learn a few new moves then bust a move to the Festival Theatre for some no nonsense dance to inspire and make you wonder how the hell people actually manage to spin on their head.